Jojo Fletcher is a well-known American television personality and a real estate developer. She has won many hearts with her role in the 20th series of a television show named “The Bachelor“. In the show, she competed with other girls to win the heart of business analyst Ben Higgins.

Jojo was born on 1st of November, 1990 in Dallas, Texas, the U.S.A. as Joelle Hannah Fletcher. She was born in a doctor family where her parents Soraya Fletcher and Joseph Fletcher were both doctors by profession.

Fletcher has a half-sister and three half-brothers. She has also worked with her half-brother in an episode of Ready for Love. She earned a degree in Medical Humanities from the Baylor University, Texas.

Fletcher dealt with heartbreak when she lost The Bachelor show, as Ben chose Laura over her. Later on, when she was featured on The Bachelorette, she found love again, in Jordan Rogers, who was the winner of the show and also her fiancé.

The couple has been together since 2016 and is deeply in love with each other. When asked about marriage, Jojo has said multiple times that she is wholly committed to Jordan, and is in no hurry to marry. They are enjoying their companionship.

Fletcher first appeared on the first episode of “Ready for Love”, with her half-brother, Ben Patton and then she participated as a contestant on Ben Higgins’s season of “The Bachelor”. Though she lost to Lauren Bushnell, she won many hearts with her appearances. 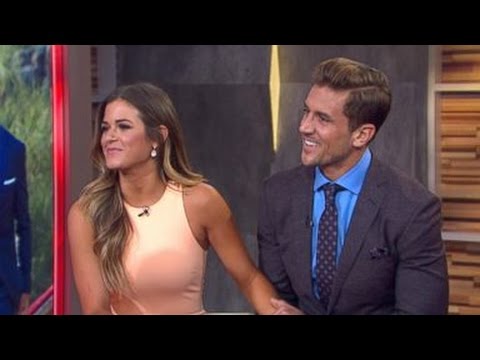 Later, in 2016, Fletcher was featured in the 12th season of “The Bachelorette” where twenty –six men had to win the heart of Fletcher. She chose Jordan Rogers as the winner of the show. Fletcher also appeared in one of the episodes of The Bachelor Winter Games where she judged a kissing contest on ABC.

Fletcher started working as the new ambassador for Marcus by Goldman Sachs, from April 2018. Recently, in June 2018, she announced her clothing line, Fletch. In September 2018, Fletcher along with her fiancé, Jordan Rodgers appeared in a Kin web series named “Engaged” with Jojo and Jordan.

Jojo Fletcher Net Worth & Earnings in 2020

As of 2020, Fletcher’s estimated net worth is more than $1 million, achieving all that at just an age of 28. She participated in three TV shows, and also been a judge in “The Bachelor Winter Games”. She will be soon seen in Engaged with Jojo and Jordan series.

Fletcher has also been into real estate development for many years. She also plans to launch her clothing, Fletch. With all these, one thing is clear that Fletcher has been successful throughout her career and has built a legacy of her own, all over the years.

Jojo Fletcher is a charming and successful young lady who is loved and appreciated by the audience very much. She will be seen soon again on the television with her fiancé Jordan Rogers and will win over hearts again.