Jon Dorenbos is a professional American footballer who had an illustrious career with the Philadelphia Eagles representing them for 11 seasons playing 162 consecutive games. His football career came to an end when he was diagnosed with an aortic aneurysm which required immediate surgery. He is also a trained magician who appeared in the 11th season of the talent show competition America’s Got Talent and finished third performing magic acts.

Jonathan Paul Dorenbos was born on July 21st in the year 1980, in Humble, Texas, the United States to Alan Dorenbos and Kathy. He spent his childhood in Woodinville, Washington and his father Alan killed his mother when Jon was 12 years old.

Jon’s father was sentenced to 13 years in prison, and Jon was forced to move into a foster home but was adopted by his uncle Steve and aunt Susan after legal battles. He completed his high school at the Pacifica High School and attended the Golden West College. He got an opportunity to play football for the University of Texas at El Paso and came out of the UTEP with a business degree.

Jon’s personal life is quite a simple one without many relationships and dating history. He is married to Annalise Dale and has two siblings a sister and a brother. He is a motivational speaker as well who has given speeches for many companies. He was diagnosed with an aortic aneurysm in September 2017 and underwent open heart surgery.

During a pro day workout at the UTEP Dorenbos impress the then-St Louis Rams coach Bobby April with his snap timing which was recorded to be 0.59 seconds. Bobby admired Jon’s potential and said that he is a special player. In 2003, the Buffalo Bills signed Jon, and he became one of the two undrafted free agents to join the Buffalo Bills that year. He played his debut NFL game against New England Patriots and spent two seasons with the Bills. 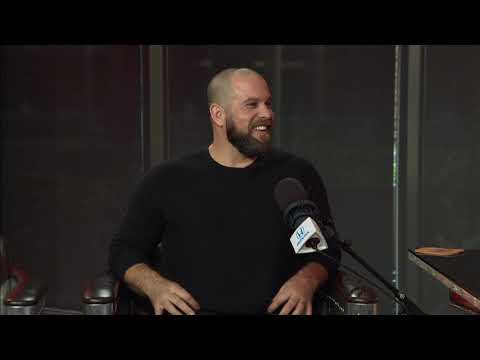 In October 2005, he was signed by the Tennessee Titans and played nine games for them in the 2005 season. He got released from his contract in 2006 and was signed by the Philadelphia Eagles in November 2006. After becoming a regular starter for the Eagles, he signed a five-year extension contract deal in December 2007 and 2010 he was named in the NFC’s Pro Bowl Team.

He played for the Eagles in 162 consecutive games and was traded to New Orleans Saints in August 2017. When he was diagnosed with aortic aneurysm in September, he required immediate surgery and was forced to retire.

His professional magic skills urged him to contest in America’s Got Talent in 2016 where he finished third. He runs his own business in New York in the name DAC Framing and hosts the show Inside the Eagles and won the 2009 Mid Atlantic Emmy Award for the show.

Jon Dorenbos Net Worth & Earnings in 2020

From a kid who saw his mother killed by his father to a man who was forced to quit his career due to health conditions, Jon Dorenbos has shown his impeccable fighting spirit to overcome obstacles always emerging victorious in his duel with fate.