Katrina Kaif is a famous English actress, better known for her outstanding acting in Hindi Films. She has made a name for herself in Bollywood over the years despite getting mixed criticism from many people on her acting prowess. She is among the highest paid actresses in India.

Katrina was born on 16th July 1983 as Katrina Turquotte in Hong Kong Japan. Her family lived in different places in the world before finally moving to London. Her father Mohammed Kaif is a British businessman, and her mother Suzanne is a charity worker as well as a lawyer.

She grew up in a family of seven siblings six sisters and one brother. Her parents got divorced when she was still a child, and together with her siblings, they were raised by their mother. Due to frequent relocation, Katrina was home-schooled. She began modeling at an early age.

The private life of Katrina Kaif has been a subject of attention to the media for a long time. She was rumored to be in a relationship with Salman Khan from 2003 until 2010. She then got into another relationship with Ranbir Kapoor, but they also broke up in 2016.

Kaif is heavily involved with a charitable trust that is run by her mother called Relief Projects India. She also helps to raise funds for different non-profitable organizations.

Katrina began modeling at a very early age. She won a beauty contest at the age of 14 in Hawaii, getting her first assignment as a model in a jewelry campaign. She later moved to London as a professional model. 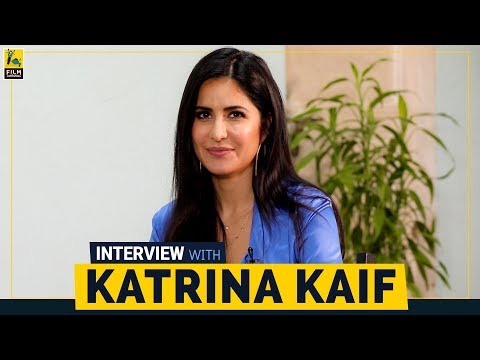 It was at a fashion show in London that she attracted Kaizad Gustad, a filmmaker who offered her a role in the film ‘Boom.’ The film was filmed in India, and while there, she got many other offers and decided to stay in India. Her debut film ‘Boom’ was a failure, and it made her not to get more offers. She had to take Hindi classes to perfect her acting.

Her big breakthrough, however, came in 2007. She starred in films that were big Bollywood hits. They include Welcome, Namastey London, Partner, and Apne. The films were very well received, and they got her a big audience.

She teamed up with Neil Nit and John Abraham in 2009 in the making of ‘New York,’ which was a terrorism drama. Other films she appeared in are ‘Raajneeti,’ ‘Zindagi Na Milegi Dobara,’ ‘Dhoom3, among many others. She also appeared in comedies like ‘Tees Maar Khan,’ ‘Mere Brother Ki Dulhan,’ ‘Bang Bang’ and many more. She also appeared in several songs by various artists.

Some of the international awards that Kaif garnered over the years include Zee Cine Awards, 2Big Star Guild Awards, 3 Stardust Awards, 3 Screen Awards, 2Star Guild Awards among others. Katrina also over 21 awards and nominations in different categories.

As of 2020, The estimated net worth of the Bollywood star is $30 million. Acting is the primary source of her income. She also makes a lot of money from appearing in music videos of various artists. Kaif was first a model, and she modeled for different magazines as well as popular brands. All this amounts to that impressive figure.

Katrina Kaif began as a model and later went into acting. She was determined to make a big name for herself, and she never gave up even after her debut film was a big failure. Her dedication and hard work are credited to where she is today