Keanu Reeves. Isn’t the name enough to remind you the humorous celebrations of 15 June, popularly known as the “Cheer up Keanu Day” or the tragic death of his depressed ex-girlfriend or the online fuss created in 2010 with his viral pictures in which he seemed depressed sitting on a bench? Well, you must have guessed it right, and if not, then we are talking about the Lebanese based Canadian actor, director, producer, and musician.

He is known for his dynamic working style and wonderfully played comic roles. Ever thought of how much money does this man make? Well, you obviously have, which is why you are here!

Keanu Reeves was born on 2nd September 1964 in Beirut, Lebanon. His mother was English, and his father had roots in America. His father was imprisoned in Hawaii for selling heroin at the Hilo International Airport. Keanu’s father left them when he was just three, so throughout his childhood, he lived at various places with different stepfathers. At 15, Keanu worked as a production assistant on Aaron’s films. He attended four high schools and was a good ice hockey goalkeeper known as “the wall” in De La Salle College. He wanted to play ice hockey for Canada, but an injury and destiny brought him somewhere else.

Keanu’s mother was English and father was born in the US, but he holds Canadian citizenship through naturalization and also an American green card. December 1999 proved to be quite unfavorable for him as his girlfriend Jennifer Syme gave birth eight months into her pregnancy. The child, which was a girl, was stillborn. The grief of her demise disturbed their relationship, and they separated a few weeks later. On 2 April 2001, Jennifer was driving alone in Los Angeles when she had a horrific accident and died on the spot. She was believed to be a patient of depression. 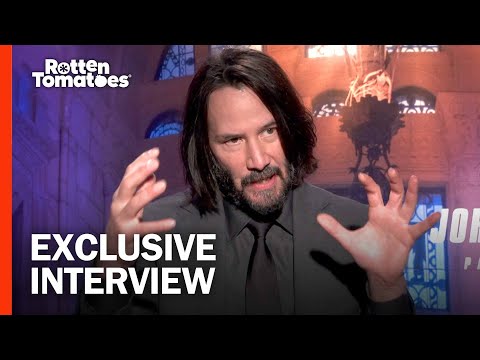 Keanu considers himself a spiritual person, believes in some supreme power but not in any religion. He also avoids talking about his religious beliefs.

Keanu started his career at an early age of 9 appearing in theatre productions of Damn Yankees. At 15, he played Mercutio in “Romeo and Juliet” stage play. “Youngblood” was his first studio movie and after a few short roles, he landed a major breakthrough drama film “River’s Edge” in 1986. The movie was critically successful and opened the path of his successful acting career. His movies “Speed 2”, “The Matrix” and “Jhon Wick” have grand succes at box office.He has many feathers in his cap. He won the Teen Choice Award, Walk of Fame Award, MTV Movie Award 5 times, Golden Slate Award, Cinemacon Award, Bravo otto Germany Award, Blockbuster Entertainment Award, and a Bambi Award also shines on his shelf with various others.

Keanu Reeves Net Worth & Earnings in 2020

Keanu Reeves’ dynamic and diverse career has given him fame and wealth. As of 2020, His estimated net worth is $400 million. Even after 18 years since he commenced his career, he lived in rented houses and hotels. He is fond of bikes and has a good collection of the same. In 2003, he got his house in Los Angeles for $5 million which is spread over an area of 5600 sq. feet. His luxurious and expensive assets include a 1973 Norton 850 commando bike, Porsche 911, Harley Davidson Dyna Wild Glide, and a West Coarse Choppers bike. He has spent $7 million in charity, and this has increased his respect and has presented him in a generous light worldwide.

Keanu Reeves has strived long enough to become what he is today. He has given 27 years of his life with hard work, passion, and determination in the entertainment industry. There seems no end to his efforts as he continues to surprise the audience with his stellar performances. So let’s just wait and watch what this eligible bachelor has for us in the upcoming future.