Keyshia Ka’oir is a household name for both actors, cosmetic and beauty lovers. She gained her fame after the roll down of the Ka’oir Executive Brands a company that mainly deals with beauty products. Keyshia Ka’oir has become a global pride.

Keyshia Ka’Oir counts herself among the lucky few January-born since she celebrates her birthday on 10th January 1985 in her hometown Kingston town Jamaica. She spent her early life in Jamaica, but the family later moved to Florida, USA when she was a teenager (17 years of age). Keyshia had three siblings, but one of them died at an early age. Keyshia was previously known as Keyshia Dior. She later changed her name to Keyshia Ka’oir after the birth of ‘Ka’OIR Cosmetics Brand.

She launched an exclusive variety of brightly colored lipsticks which attracted the attention of many celebrities. She was more committed, and her central vision was unifying women of all complexions. Keyshia also created ‘Survivor’ which is a pink lipstick meant for raising breast cancer awareness.

Keyshia met Gucci Mane who was a rapper after he saw her in a magazine advert and got interested in her. After some time, Gucci was arrested which slowed down their relationship. However, after Gucci was released, they continued their relationship. Gucci proposed to Keyshia on 22nd November 2016 at Atlanta Hawks Game. The two got officially married on 17th October 2017 approximately one year after the proposal. 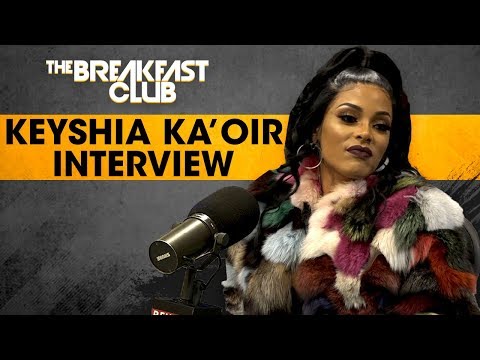 Keyshia Ka’oir rebranded herself in 2011 from Keyshia Dior to Keyshia Ka’oir. She released several bright colored lipsticks as well as her own cosmetic company known as ‘Ka’oir Cosmetics.’ The brand attracted clients from every corner because of its unique makeup colors. Keyshia was able to earn her first million in less than a year from the sales of these cosmetics.

As of 2020, Keyshia Ka’oir has a net worth of $13.5 million. Although she is a celebrity who has appeared in many movies and magazines, much of her wealth is as a result of the massive sales of her beauty and cosmetic products. Ka’oir received her first $1 million after the launch of Ka’oir cosmetics.

Keyshia Ka’oir is a hard-working entrepreneur who believes in her abilities. She is also an excellent example to the young people who have dreams and are afraid of pursuing them. Her love in style and beauty has set a path for her into the world of celebrities.