Kris Allen is a famous American singer, songwriter, and musician. He is renowned as the winner of the 8th season of ‘American Idol.’ Throughout his career, Kris Allen has released many albums that have reached music charts.

But do you know how much is Kris Allen’s net worth in 2020 and how old is he? If you do not know, we have prepared the following article in which you can find everything that interests you about Kris Allen’s life and career. We have prepared this article for you not only about details of Kris Allen’s career, professional life and personal life, but also about his net worth, age, height, weight and more facts. Well, if you’re ready, let’s start.

Kris Allen (Kristopher Neil “Kris” Allen) was born on 21st June 1985 in Jacksonville, Arkansas, the US. His parents were Kimberly (née Wood) and Neil Allen. Kris has a younger brother, Daniel.

Kris started playing viola in elementary school and began playing the guitar at age 13. In Mills University Studies High School, he performed with the Arkansas all-state orchestra. He studied business at the University of Central Arkansas but, quit to pursue his career in music.

Kris signed with Jive Records and released the album, ‘Kris Allen’ that reached no.11 on the Billboard 200 chart selling over 1.7 million copies (2009). The featured super-hit single ‘Live Like We’re Dying’ reached no.18 on Top 20. Both his singles ‘No Boundaries’ and ‘Heartless’ reached Top 20 of the Billboard Hot 100 chart. 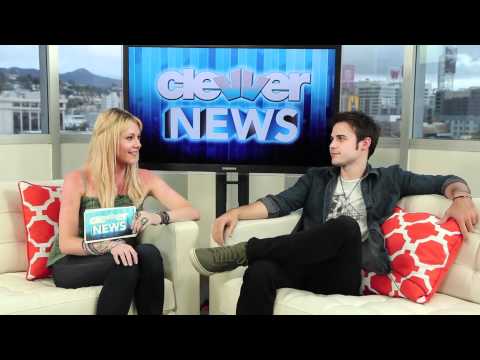 Kris released an album, ‘Thank You Camellia’ (2012). Kris Allen joined Charlie Peacock, a record producer in Nashville. He released the album ‘Prove It to You’ featuring the lead single ‘Lenachka’ that appeared at Yahoo Music and iTunes. The same year, Kris released ‘Horizons’ reaching no.80 on Billboard 200 and no.10 on Independent Album chart (2014). Kris with Boyce Avenue group toured in the US and Canada (2014) and military bases in Italy and Portugal (2015).

Kris released a studio album, ‘Letting You In’ reaching no.17 on Billboard Independent Albums chart. It featured ‘Waves’ single released to the digital retailer. Kris released ‘Love Will Find You’ to American hot adult contemporary radio. Kris released ‘Somethin’ About Christmas’ featuring single ‘Mommy, Is There More Than Just One Santa Claus?’. He recorded ‘A Little Bit of Christmas’ with Jim Brickman for the album, ‘Comfort & Joy’ (2016). Kris formed a band, ‘The Dames’ that digitally released their first song ‘The Death of Mr. Jones’ (2017). Kris released a single, ‘When All The Stars Have Died’ (2018).

On 6th May 2018, Kris tweeted he would be a special guest at ‘American Idol Live! Tour’. On 11th July 2018, the tour successfully began from Redding, California.