Lennox Claudius Lewis a.k.a. Lennox Lewis is a British-Canadian based Heavyweight Professional boxer who has competed in professional fights from 1989 to 2003. He remained world heavyweight champion for three times and also a two-time lineal champion. He is the last heavyweight who holds the undisputed title. He holds dual citizenship which is Canadian and British.

Lennox Lewis was born in London England on September 2, 1965. His parents raised him in England. He was weighed around 5 kg at his birth after which the doctor named him Lennox by saying that he looked like Lennox. Lennox Lewis moved to Kitchener, Ontario, Canada with his family at the age of 12. He has completed his studies form the Cameron Heights Collegiate Institute where his interest in football, soccer and basketball started. He has helped his school basketball team in winning many games at school levels. He was more interested in sports in comparison to studies.

Lennox Lewis is married to Violet Chang whom he met during one of his boxing championship tours. Before getting married this couple has dated each other for a long time. This couple has four children. After the retirement of Lennox Lewis, the family moved to Miami Beach. Lennox’s wife is a Miss Jamaica’s Runner-Up.

Lennox and Violet love to spend time on their Villa at Tryall Golf Club in Montego Bay, Jamaica. Other than his career in boxing, Lennox loved to play chess with his friends. After retirement, most of the time, Lennox spend time with his family in their beach house. 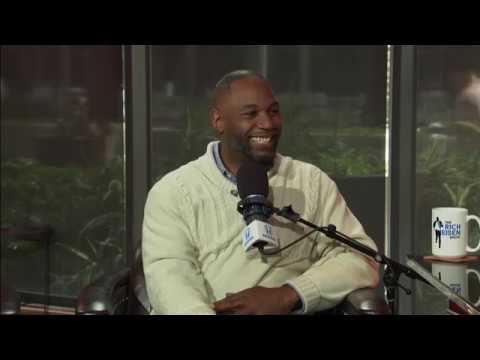 His career in boxing started after signing an agreement with promoter Frank Maloney. Most of his early fights were filled with knockouts of Journeymen. He won a Heavyweight title in the year 1990 against the Frenchman Jean Maurice Chanet after signing with American Promoters main events.

Lennox Lewis Net worth and Earnings in 2020

Being a successful professional boxing player in his life, Lennox Lewis has earned so much money by winning his boxing bouts. As of 2020, His estimated net worth is $160 million. Most of this earnings came by way of winning fights, and some of this also came from the brand endorsements he has done during his professional career.

Lennox Lewis is a retired professional boxing champion who has a record of winning 41 fights out of 43. He has a huge fan following in real-life and on social media. Now he lives his life with his family and working as a boxing analyst on shows of HBO.