Leslie Gold also known as Les Gold is a famous pawnbroker from America. Apart from having a pawn shop, he is also a reality TV star and a prominent media personality. He became extremely popular because of his show, “Hardcore Pawn”.

But do you know how much is Les Gold’s net worth in 2020 and how old is he? If you do not know, we have prepared the following article in which you can find everything that interests you about Les Gold’s life and career. We have prepared this article for you not only about details of Les Gold’s career, professional life and personal life, but also about his net worth, age, height, weight and more facts. Well, if you’re ready, let’s start.

Les Gold’s family has been in the pawnbroking business for ages now. Les Gold was born in Detroit, USA. Les Gold used to own the pawn shop which was run by his grandfather, named, Sam’s Loans. It was in this shop where today’s Les made his first deal, and he was just seven years old at that time.

It was in the late seventies that Les Gold married his present wife, Lili Gold. Both of them have two children, named, Seth Gold and Ashley Gold. The couple is happily married, and till this date, they haven’t shown any signs of separation.

Gold began his business career when he was just 12-years-old. He used first to buy and then sell pizzas and this he used to do in his school. In the year 1978 that is after his marriage with wife Les opened his own pawn shop at Green Eight shopping centre. After a few years, he moved the pawn shop location to Detroit where it is presently located. Today, his business serves around 100 customers every day and around 50 people work under him in this shop. 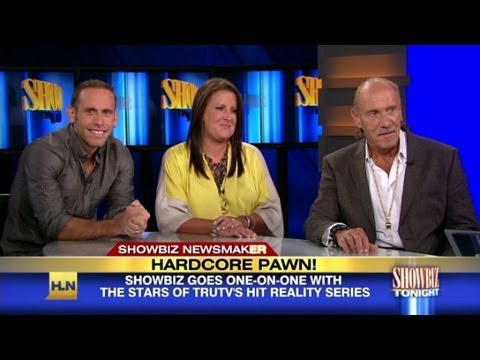 It was the year 1998 when a young independent producer named, Richard Dominick approached the Gold family to be part of a reality TV show. The main idea was to have a Gold star in the show since Dominick liked Gold’s appearances in the TV ads that used to run at that time between local commercial breaks.

The series aired in the year 2009. Les and his son were also credited with executive producer’s designation during the credit role in the series. The series was popular with around two million viewers which were anticipated as the most watched premier at that time. By the time the show reached the year 2013, the viewership had increased to 3 million.

Les Gold has also written his autobiography named, “For What It’s Worth: Business Wisdom from a Pawnbroker”. The book was published in the Penguin publications. The book became an instant hit and was even ranked fourth by the New York Times in the “How To” category. The book received 8th rank in the Business books category.

Les Gold Net Worth and Earnings in 2020

Thanks to his pawn shop, a fruitful business and his book royalty. As of 2020 Les Leslie Gold is worth more than $7 million. A big chunk of his net worth is also because of his time doing the famous Reality TV show for Richard Dominick. His show, along with books and multiple appearances on TV has helped him maintain a great net worth over the years.

Les Gold, a popular pawnbroker from Detroit, rose to fame after his reality TV became a hit. His book became an overnight bestseller, and his pawnshop business became the case study subject of various B-school in the USA.