Liliane Bettencourt was a businesswoman, heiress, and a socialite from France. She was one one of the principal shareholders of the French personal care company L’Oréal. She was the wealthiest women in the world at the time of her death.

Liliane Bettencourt was born on 21 October 1922 in Paris, France to her parents Louise Madeleine Berthe and Eugène Schueller. Her father was the founder of the world’s largest cosmetic and personal care company L’Oréal. Her mother died when she was just five years of old.

Liliane Bettencourt married André Bettencourt who is a French politician. They are the parents of one daughter, Françoise, who was born in the year 1953. In the 1960s and 1970s, her husband was the cabinet minister in French Governments. He was also the member of La Cagoule which was a violent French fascist pro-Nazi group. Bettencourt along with her husband in Neuilly-sur-Seine, France.

Liliane Bettencourt started her career at the age of 15 when she joined L’Oréal as an apprentice. In the initial days of her job, she used to mix cosmetics and label bottles of shampoo.

She became the principal shareholder of L’Oréal in the year 1957 after the death of her father. In 1963, when the company went public, she had a majority stake in it. 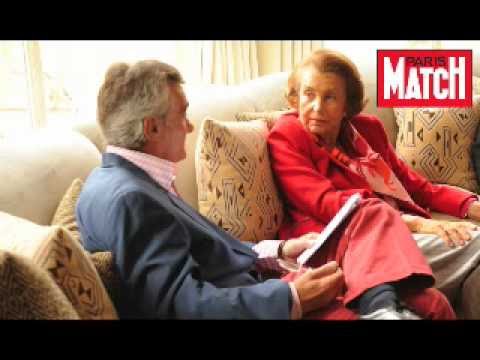 She also owned a 3 percent stake in the transnational food and drink company Nestlé S.A.

Bettencourt was also known for her various philanthropic works like Bettencourt Schueller Foundation which funded millions of dollars for various humanitarian projects.

She was also a high profile victim of the perpetrator Bernie Madoff with whom she invested $22 million in her Ponzi scheme.

In the year 2008, she helped to build the new Monet wing at the Musée Marmottan Monet.

She was awarded the Black Planet Award in the year 2007 along with Peter Brabeck-Letmathe for destroying the planet, tolerating child labour and monopolizing water resources. In 2005, she was ranked 39 in the list of the most powerful woman in the world by the Forbes magazine.

Liliane Bettencourt Net Worth & Earnings in 2020

As of 2020, The estimated net worth of Liliane Bettencourt was a whopping $45 billion at the time of her death. As of 2020, she was said to be the top female billionaire and also the wealthiest individual in France. She is considered as the sixth richest woman in the history. This huge net worth is the result of her large stake in the company L’Oréal and Nestlé. Bettencourt and her family hold 33 percent share capital of L’Oréal which consists of more than 185 million shares.

Liliane Bettencourt was one of the renowned businesswomen in the world. Although being the richest women in the world, she devoted her time to various philanthropic work. Bettencourt along with her husband ran various charitable trusts including the Bettencourt Schueller Foundation which supports various medical, humanitarian and cultural works.