Lisa Jane Vanderpump is a popular British restaurateur, actress, author and television personality. She owns about 26 bars and clubs in different places in Britain and Los Angeles. Lisa has been widely known for her appearance in the TV series “The Real Housewives of Beverly Hills.”

Lisa was born on 15th September 1960 in London, England. She started acting at the age of 9 in the school drama festivals. Later on, she appeared in various TV shows and films. In 1982 while she was 21, Jane met Ken Todd who was 36 by then and after six weeks of dating, they got married, and they have two kids, Pandora and Max. Lisa first stayed in London before she moved to Monaco and later to Beverly Hills in California.

Together with her husband, Jane owns 26 bars, clubs and restaurants in both London and Los Angeles. They also founded the Vanderpump Dog Foundation. Lisa was honored with a Golden Palm Star in 2014. She is also the stepmother of a property developer in London, Warren Todd.

As a child, she appeared in many films. She made her first ever appearance in 1973 in a drama film A touch of Class. Later in 1978, she was featured in a horror movie Killer’s Moon. In the 80’s, she was majorly featured in the music videos of the band ABC Mantrap “Poison Arrow” and “Mantrap” respectively. 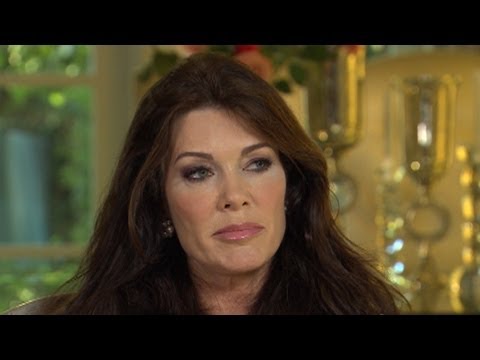 In 2010, Lisa made her first appearance in the famous tv series “The Real Housewives of Beverly Hills” where she still stars up to date. In 2011, it was a busy year for her as she was featured as part of the CNN coverage of the royal wedding of The Duke and Duchess of Cambridge and later in the same year she released her book by the name “Simply Divine.”

The year 2013, was also another big year for her as she featured as a contestant in Dancing with the Stars and also appeared in “Vanderpump Rules” where she still appears up to date.

Vanderpump, together with her husband, owns 26 bars and restaurants in England which Lisa had designed before permanently moving to the States. In the States, the launched three restaurants in California, for example, the famous “Villa Blanca.” Again along with her husband, Lisa launched her line of luxury pet accessories by the name Vanderpump pets. She also launched her line of emojis titled Vandermojis in 2016.

In 2017, she landed a job as the Beverly Hills Lifestyle Magazine editor-in-chief.

Due to her involvement with the Trevor project, she was awarded the Unite4: Advocacy Award at the 2017 Humanity Gala. Earlier in 2015, she had received the Ally Leadership Award by Equality California. In 2014, at the Palm Springs Walk of Stars, she received a Golden Palm Star. Lisa’s biggest achievement along with her husband is launching of their 26 bars and restaurants both in London and California and also her debut at The Real Housewives of Beverly Hills.

Lisa Vanderpump Net Worth & Earnings in 2020

As of 2020, Lisa Vanderpump’s estimated net worth is $85 million. She has earned this great wealth by co-owning her businesses both in London and in California with her husband. She has also featured in The Real Housewives of Beverly Hills where she is paid a big ransom of $500000 per episode. Her appearance in various movies and television shows has helped her gain some big pay.

Lisa is a strong woman who handles her business and loves to be back home with her family. She is a very strong advocate of animal rights where she has been featured campaigning for animal rights worldwide.