Marc Andreessen is a reputed American entrepreneur. He is a software engineer by profession, and he co-wrote Mosaic which is the first web browser ever. He is also the co-founder of Netscape and the founder of Opsware which was later sold to HP. He still owns Andreessen Horowitz capital firm and Ning.

Marc was born on 9th July 1971 in Lisbon. He did his bachelor degree in Computer Science from the University of Illinois. He did his intern from IBM and worked with popular graphics software development company named AIX. He hired a full-time salaried co-worker named Eric Bina, and they developed the first web browser named Mosaic.

Marc married Laura Arrillaga in 2006, and she is the daughter of real estate billionaire John Arrillaga. He is a total workaholic person, and they have a son. He endorsed Hillary Clinton and openly criticized Donald Trump’s anti-immigration stance. His tweet against Facebook’s Free Basics in India backfired, and he received so much criticism that he deleted the tweets. Now he is on the board of directors of Facebook, HP, and eBay.

Marc developed Mosaic during his graduation days. After graduation, he met Jim Clark who pitched him the commercial possibilities of Mosaic. But the University of Illinois was unhappy with the commercialization, and that is when they changed the name to Netscape Navigator. Netscape’s IPO made Marc popular, and the company was bought by AOL for $4.2 billion. 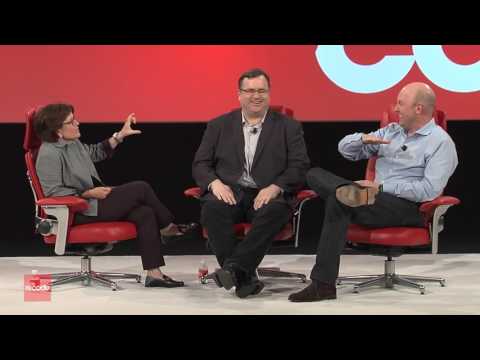 Then Marc co-founded Opsware to provide hosting and software services. It was originally named Loudcloud after selling its hosting business to EDS; the name was changed to Opsware which was acquired by HP for $1.6 billion. Then he became a super angel investor along with his business partner Ben Horowitz. He invested in startups like Facebook, Twitter, GitHub, Pinterest, Foursquare, and Qik and they founded Andreessen Horowitz capital firm.

Marc got featured on Time magazine after Netscape’s IPO. One of his biggest investments was $2.75 billion in Skype. The company has a stake in all the four major social media companies. Marc and Horowitz featured on Forbes and CNET as the most influential investors. Marc is among the five internet pioneers to get Queen Elizabeth Prize for Engineering.

Marc Andreessen Net Worth & Earnings in 2020

How much net worth do you expect from the pioneer of web and internet world who founded multiple billion dollar companies? As of 2020, He has a net worth of $1.5 billion, and the source of income has been the three companies he founded and sold. Netscape was sold for $4.2 billion, Opsware for $1.6 billion and Ning for $150 million. He is on the board of directors for major tech companies like Facebook and HP. His capital firm is one of the most successful ones in the world.

Marc is more focused on helping the startups with the fund they need to develop their product in such a way that it could be a commercial success. His advisory role is the driving force behind various products the leading companies are producing.