The secret to becoming successful is well known. However, not everyone is ready to follow it. And the few who try often quit upon experiencing a few hurdles on the way. The story of Marc Merrill is that of having the passion and chasing one’s dreams to the latter. In this piece, we see that he developed a passion for playing games, grabbed it and ran with it to the end. In the end, we can see him developing award-winning games that have made him exorbitantly rich.

Marc Merrill, he was born in 1980 August the 17th. Also known as Tryndamere, he was born in California USA. There is very little information about him and his family on the internet. He is a famous American businessman and also the co-founder of eSport the sporting organizer Riot Games, as well as the video game developer. He is also the co-creator of the famous online game platform called League of Legends. He went to the University of Southern California and is here where he graduated.

While he was young, he had a strong passion for gaming, and this was the sole reason that he went to the university to pursue this career. 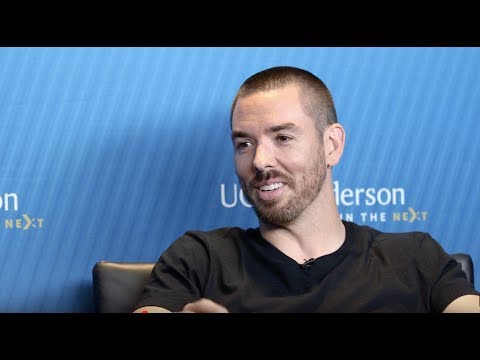 Riot Games, Inc. is an American developer for video games as well as eSports organizer for tournaments located in West Los Angeles, California. It was founded in 2006 August, by Marc Merrill and Brandon Beck who were roommates while in the University of Southern California. They intended to form a company that improves and enhances the already existing video games, rather than developing new ones.

You can familiarize with Riot Games from the League of Legends. Riot Games has over 3000 employees throughout its 23 offices globally. Mark has won several awards including the Ernst & Young Entrepreneur of the Year award, a BAFTA and the several Game Developers Choice Awards

Marc Merrill Net Worth & Earnings in 2020

Riot Games is among the world’s largest, interacted entertainment industries. Currently, As of 2020, The co-founder of this large industry has an approximate net worth of $2.5 billion. It is believed that a bigger chunk of his income comes from Riot Games. Currently, he owns an extensive, jaw-dropping ocean face mansion that’s worth $13.085 million based in Malibu.

His success is attributed to his exceptional gaming skills and hard work and wise investments over time. This saw him become wealthy at a tender age. Their first ever game, League of Legends earned his company multiple awards and lots of positive reviews. It was in 2009 honored with 8.0 out of 10 by the Imagine Games Network. This game from 2000 to 2015 was listed on Top 15 Games in this period.

It is said, that if you can dream big, and have the zeal to achieve great results, then no one can bar you from achieving your goals. Mr. Mark is a perfect example of the above statement. Though he is worth not one but two billion dollars, he leads a simple life. He also practices Philanthropy having donated $10,000 to the City Year LA organization. Mark also is the organization’s board director.