Marc Mezvinsky has co-founded Eaglevale partners and has successfully become an investment banker. Although his hedge fund is no longer functioning, he still continues his career and went on to become the Vic Chairman of Social Capital. He is the son-in-law of former U.S. President Bill Clinton.

Marc Mezvinsky was born in the year 1977 in Philadelphia, Pennsylvania. He is the son of television reporter Marjorie Margolies, who was also a politician. His father, Edward Mezvinsky was convicted for cash embezzlement through advance-fee scams and Ponzi scheme. His father got convicted in 2001, which led to the separation of his parents.

Marc was an intelligent student right from his childhood. After completing his high school, he went to the Stanford University and received his bachelor’s degree in philosophy and religious studies in 2001. It was in there, where he happened to meet his future wife Chelsea. He is a Jewish and is known to have politics in his blood. He supports the Democratic Party.

Marc has been successfully married to his wife Chelsea Clinton since July 2010. Chelsea is a beautiful young woman who is the daughter of Hillary and Bill Clinton. The couple has two children named Charlotte and Aidan, born in 2014 and 2016 respectively. The family at present resides in their residence in Flatiron District. They have previously lived in Gramercy Park, New York.

Marc Mezvinsky began his career immediately after graduating from college. He went to on to join Goldman Sachs as an investment banker. Such was his determination in his work that he successfully continued there for a period of eight years. Even after leaving Goldman Sachs, he joined a private equity firm but left it soon. After leaving that job too, Marc was determined to create something of his own. 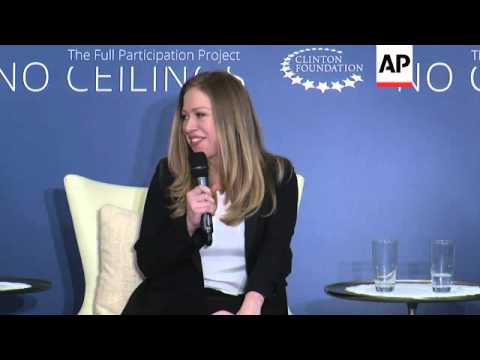 In 2011, he teamed up with his buddies Mark Mallon and Bennett Grau for the creation of the hedge fund called ‘Eaglevale Partners’. It was based in Manhattan, New York. But the new endeavour did not turn fruitful and it was reported that the company lost almost 90% of its value in 2016. The May 2016 report of the New York Times has stated that Eaglevale Hellenic Opportunity Fund created a loss of 90% to its investors. In November of the same year, the partners decided to close Eaglevale Partners.

The Stanford alumnus then found another opportunity in a company called Social Capital and became its Vice Chairman. He is very much oriented in finance and business which later made him join another company called G3 Capital, which is a hedge fund. To further add, Marc Mezvinsky has also previously worked for Clinton’s Avenue Capital Group.

Marc Mezvinsky Net Worth & Earnings in 2020

Consider reviewing the net worth of a person who has worked in several companies dealing in finance? He has done many endeavors in his career and has also created his company which is now defunct. He has worked in companies like Goldman Sachs, Avenue Capital Group, and Social Capital. With this as of 2020, he has been able to amass a net worth of over $20 million. This net worth comes from his career as an investment banker. Additionally, his house in Madison Square Park is worth $10.5 million.

By having roots with one of the most powerful families in the United States, Marc Mezvinsky has established himself to be a popular name. He is still a Democrat and continues to be active in his profession. He is still young and there can be a further increase in his fame and money.