Maria Menounos is a popular actress, host, a journalist and a part-time professional wrestler. She has worked as a TV correspondent for several news and talk shows including the weekly entertainment news program “Access Hollywood“.

Maria Menounos was born on June 8, 1978, in Medford, Massachusetts to her parents Litsa and Costas Menounos. Her father worked as a janitor at a nightclub in Boston.

Maria went to the Dormition of the Virgin Mary to complete her schooling which is located in Somerville, Massachusetts. She also attended the Medford High School. In 2000, she graduated from the Emerson College in Boston.

In 1996, Maria won the title of “Miss Massachusetts Teen USA”. She also competed at Miss Teen USA and went up to the top 15 of the competition.

Since 1998, Maria is in the relationship with producer and director Keven Undergaro. In 2016, Undergaro proposed her during a live television show which she accepted.

Maria Menounos started her career as a reporter for the Channel One News in the year 2001. Later, the television news show “Entertainment Tonight” hired her in the year 2002 as a correspondent. In 2005, she left the show to focus on her acting career but joined the rival television show “Access Hollywood”. 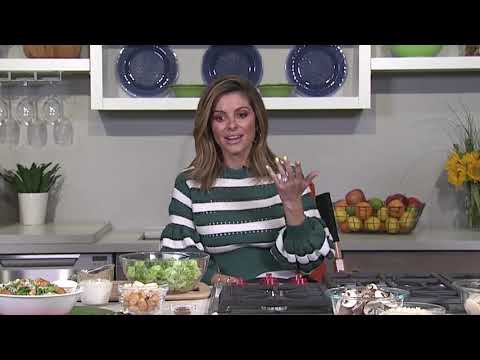 Maria also hosted the morning news television program “The Today Show” for a couple of years. In 2005, she appeared on the movie “Fantastic Four” where she played the character of a nurse who romanced with Chris Evans.

Maria also gave her voice for the character of Eva Adara in the video game “James Bond 007: From Russia with Love”. In 2011, she co-hosted the television show “Extra” along with Mario Lopez. She also participated in the dance reality show “Dancing with the Stars” along with Derek Hough.

In 2009, Maria officially signed with WWE and later she made her in-ring debut in a six diva tag team match. Along with WWE Diva Kelly Kelly, she defeated the team of Phoenix and Torres in a tag team match at WrestleMania 28. In 2004, Maria was included in the list of “50 Most Beautiful People” by the People and FHM magazine.

Maria Menounos Net Worth & Earnings in 2020

As of 2020, Maria Menounos has an estimated net worth of more than $11.5 million. This huge wealth is the result of her illustrious career in the television and movie industry. She is also the founder and CEO of “AfterBuzz TV” which is an online podcast series network.

Maria has worked in many commercially successful movies including Fantastic Four (2005), Kickin’ It Old Skool (2007), Tropic Thunder (2008), Paranormal Movie (2013), Entourage (2015) and many more. She is also a part-time wrestler and an ambassador for WWE which also helps in increasing her net worth.

Maria Menounos is one of the most renowned actresses and television personalities in the United States. She is also the founder of the charity “Take Action Hollywood!” which provides assistance to the people suffering from AIDS.