Maria Shriver is a prominent journalist and author from the United States of America. She is also the former first lady of California. She has received several awards in the span of her career, and she currently works for NBC News as a special anchor and correspondent.

Maria comes from the Kennedy family. She was born Maria Owings Shriver in Chicago, Illinois on the 6th of November 1955. Her father Sargent Shriver was an activist as well as a politician, and her mother Eunice Kennedy is the niece of the former United States President John F. Kennedy.

Maria went to Westlands Middle School for her early education before joining the Stone Ridge School of the Sacred Heart, from where she graduated in 1973. She went for higher education at the Manhattanville College where she studied for only two years. She is a Bachelor of Arts degree holder from Georgetown University where she studied American Studies.

Maria got married to Australian actor and former governor of California Arnold Schwarzenegger in 1986. The two were introduced to each other by Tom Brokaw back in 1977. The couple has four children namely Christopher, Patrick, Christina and Katherine Eunice.

After 25 years of marriage, the couple announced their separation on May 9, 2011. Maria filed for divorce in July 2011. Their divorce came as a result of a revelation that Arnold had fathered a child with Mildred Patricia, who was their household staff. Maria later got into a romantic relationship with Matthew Dowd.

The professional career of Maria Shriver kicked off after she graduated from the University. She started working as a news writer at WJZ-TV in Baltimore. She sharpened her skills here and even went to producing some shows. She worked for five years at WJZ-TV and later moved to CBS as a national reporter.

In 1986, Shriver started to work for NBC. She was able to get a massive fan base, and she also became famous for anchoring ‘Main Street.’ She worked for NBC for four years before starting her series entitled ‘First Person with Maria Shriver. 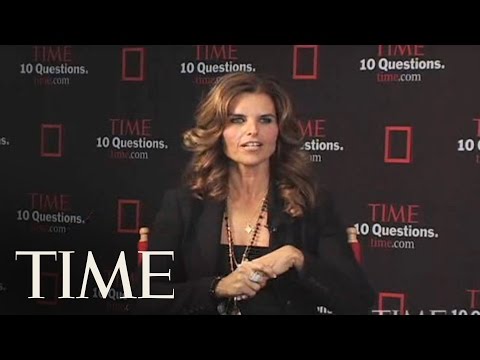 Maria resigned from NBC in 2003, after her husband Arnold became the governor of California. As the first lady, Maria launched several programs to help society. She also actively organized and contributed to many charity events.

She returned to NBC in 2013 where she up to date works as special anchor. She also works as a fill-in co-anchor. As an author, Maria has written a total of six books which include ‘What’s Heaven,’ ‘What’s Happening to Grandpa,’ and others.

For her television journalism, Maria won Peabody Awards. She also bagged an Academy Award as well as two Emmy Awards for ‘The Alzheimer’s Project.’ She was also awarded several accolades for her contribution to creating world peace through different organisations’

Maria Shriver Net Worth & Earnings in 2020

The former first lady is among the wealthiest journalists in the word. As of 2020, Her net worth is approximated to be over $110 million. Her journalism career is her primary source of income, but she still makes a lot of money as an author. The settlement from her divorce is expected to see her wealth increase massively in the days to come.

Maria Shriver comes from a wealthy family. She did not depend on the family fortune and instead decided to work her way to the top. Her prowess in journalism has over the years earned her fame as well as wealth. She is a good role model to young women today to show them nothing comes easy.