Mark-Paul Gosselaar is an actor from America who has impressed the worldwide audience by portraying the character of Zack Morris on the TV series ‘Saved by The Bell’. This was one of the most popular teen TV series from America. Today, he boasts a successful career.

Mark-Paul Gosselaar was born on March 1, 1974, in Panorama City, California to Paula and Hans Gosselaar. His full name is Mark-Paul Harry Gosselaar. His mother worked as a hostess for KLM while his father was a plant supervisor for Anheuser-Busch. His mother is an Indonesian and his father is German-Jewish. He has an older brother and two older sisters. Speaking of his education, Mark attended Santa Clarita Valley, California and completed his high school.

Talking about his love-life, Mark always has a Casanova image. He dated many girls. He was romantically involved with his all three ‘Saved by the Bell’ co-stars. However, those relationships were just for the time being. In 1996, he married his then-girlfriend Lisa Ann Russell. Together the couple has two kids. Their happily married life ended in 2010 with a divorce after 14 years of togetherness. In 2012, he married Catriona McGinn who is an advertising executive. They also have two kids together.

Mark was passionate about the acting since his childhood. In fact, he began modeling at the tender age of 5. As a child, he appeared in many commercials and had even made guest appearances on a few TV shows. He first grabbed the eyeballs with his impeccable acting on the teen TV series ‘Saved by the Bell’. At that time, he was merely 15-16 years old. Though he is featured in many successful films and TV shows, this teen TV series remains the biggest success of his life. He made his film debut in 1993 with the film ‘White Wolves: A Cry in the Wild II’. 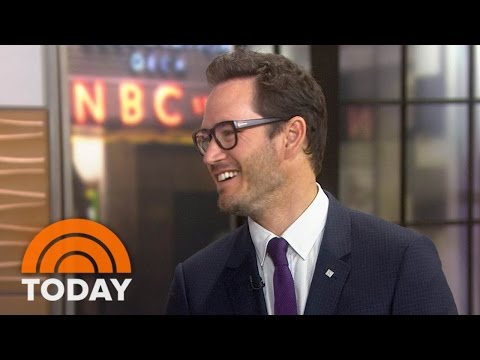 In 1996, he appeared in the film ‘She Cried No’ which was his first successful film. Thereafter, he got featured in many hit films such as the Dead man on Campus, Heist, and Kounterfiet. He mainly starred in TV shows. His popular TV shows include The Twilight Zone, Saved by the Bell, The Wonder Years, Born into Exile, and Good Morning, Miss Bliss.

Speaking of the awards, Mark has won several awards and nominations, especially as a child artist. He has won 1 ‘Young Artist Award’ and four nominations. He has also won Prism Award nomination.

Mark-Paul Gosselaar Net worth & Earnings in 2020

Mark is an established actor. It won’t be wrong saying that he was born in the glamour world itself. He has been in the industry since the age of age 5. So, now, he must have accumulated copious net worth. Well, as of 2020, the amazing actor has an estimated net worth of $11.5 million. The mainstream of his earning is, of course, the acting. At the moment, he is working on 2-3 TV shows, so his net worth will certainly rise in future.

Mark-Paul Gosselaar is rose into fame as a TV actor and gained the ultimate success as a TV actor only. Even today, he is known for his unnumbered of awesome TV shows.