Martina Hingis is a former professional tennis player from Switzerland. She has won thirteen Grand Slam women’s doubles titles, five Grand Slam singles titles, for a combined total of twenty-five major titles. She has spent a total of 209 weeks as the singles world No. 1.

Martina Hingisová was born on 30 September 1980 in Košice, Czechoslovakia to her parents Melanie Molitorová and Karol Hingis who were accomplished tennis players.

Hingis mother was once ranked tenth among women tennis player in Czechoslovakia, and her father was ranked as high as 19th in the Czechoslovak tennis rankings.

Her parents divorced when she was six years old and later along with her mother she moved to Switzerland.

Hingis started playing tennis at the age of two and participated in a tennis tournament for the first time when she was four years old. At the age of twelve, she became the youngest player to win a Grand Slam junior title.

On December 2010, Hingis married Thibault Hutin who was a French equestrian show jumper. Three years later, the couple got divorced. Then she married former sports doctor Harald Leemann in 2018.

Martina Hingis made her WTA debut in the year 1994 at the Zurich Open. In 1996, at the age of 15, she became the youngest Grand Slam champion of all time and the youngest World No. 1 ever. By the age of 22, she had won 40 singles titles and 36 doubles titles. 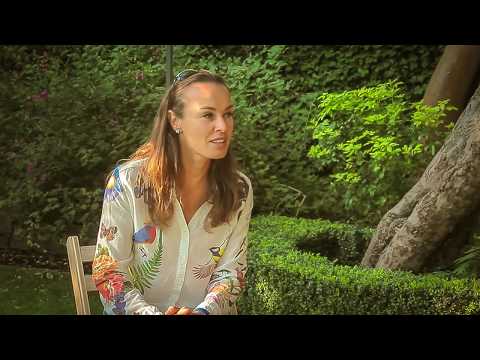 In 2002, Hingis had to withdraw temporarily from professional tennis due to a ligament injury in both ankles. After several surgeries and recoveries, she returned to the WTA tour in 2006 and won two Tier I tournaments and the “Laureus World Sports Award for Comeback of the Year” Award.

During the 2007 Wimbledon Championships, Hingis was tested positive for cocaine and was suspended for two years from the sport. In the same year, she suffered from a severe hip injury which forced her to retire from tennis in November 2007.

Hingis was ranked 8th-greatest female player of the preceding 40 years by the Tennis magazine. In 2013, she was included into the “International Tennis Hall of Fame“.

Martina Hingis Net Worth & Earnings in 2020

As of 2020, Martina Hingis has an estimated net worth of more than $30 million. She has this fortune through her illustrious tennis career. Hingis is only the fourth female tennis player to surpass $20 million in career earnings.

Martina Hingis is considered all-time tennis great. Her contribution to the sport is exceptional for which she has won several awards including the BBC Overseas Sports Personality of the Year, WTA Diamond Aces Award, Meredith Inspiration Award for inspiring women across the globe and many more.