This celebrity has his priorities sorted. No matter the consequences, for this controversial rapper family comes first. In fact, he even rallied for the release of his rapper brother Corey “C-murder.” This “Mama’s Bad Boy” hit maker held the rally in a University for the release of his convicted rapper brother who is currently serving a term in jail for a teen’s murder!

Percy Robert Miller is an American music mogul better known as Master P in the American Hip Hop industry. Born into an impoverished New Orleans family on April 29, 1970, Mater P lived his early life in dire conditions and struggled for even food. Currently, he is the CEO of ‘No Limits Forever Records’ which was earlier known as No Limits Records. The musician is also a record producer, actor, and philanthropist.

But do you know how much is Master P’s net worth in 2020 and how old is he? If you do not know, we have prepared the following article in which you can find everything that interests you about Master P’s life and career. We have prepared this article for you not only about details of Master P’s career, professional life and personal life, but also about his net worth, age, height, weight and more facts. Well, if you’re ready, let’s start.

Percy Robert Miller, better known by his stage name “Master P,” was born and raised in New Orleans in the Calliope Projects. He is the oldest of the five children born to his parents. Master P has a sister named Germaine and three brothers, Vyshonne aka “Silkk The Shocker” Miller, Corey “C-Murder” Miller and one more brother christened as Kevin Miller. For high school, Master P went to Booker T. Washington High School & Warren Easton High School. He was good at basketball during high school due to which he got the opportunity to attend the University of Houston on an athletic scholarship. However, later on, he dropped out and started pursuing Business Administration from Merritt College in Oakland.

Master P married Sonya in 1989, and they have seven children together including Romeo Miller and Cymphonique Miller. Unfortunately, the couple divorced in 2014. He actively takes an interest in politics, and he did it more so during Obama’s tenure.

In the early 90’s, Master P started producing records under his own label ‘No Limit Records.’ He released his debut studio album “Get Away Clean” which was followed by “Mama’s Bad Boy.” He also owned a small store in Richmond California where he kept all his music records with the name “No Limits Record.” He managed to do this with the initial help of $10000 which he got after his grandfather’s death. 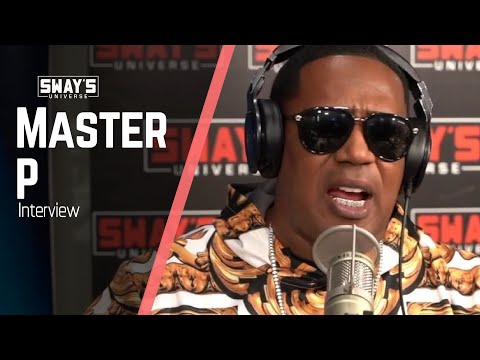 Master P has released around 14 studio albums, among these is his 1998’s “MP Da Last Don,” which debuted at number 1 on the Billboard Top 200 chart and sold more than 400,000 copies in a week. Master P is also a good basketball player and has played for NBA teams like ‘Toronto’s Raptors’ and ‘Charlotte Hornets’ in the late 90’s. The rapper has won five Grammy’s and 3 MTV awards till date. His label which is now known as ‘No Limits Forever Records‘ has sold more than 75 million records worldwide. The singer successfully turned a small record store in California to a $250 million empire with his talent and business acumen.

Master P started with a small record store in California. The music mogul is said to be making $45 million every year and As of 2020, he has around $250 million worth of net value which includes income from music record sales, various business ventures, which include sports (NBA teams) and others.

Master P currently owns a basketball league, ‘Global Mixed Gender Basketball.’ In 2013, Forbes rated Master P as the third richest star in Hip – Hop industry. Master P is one of the highest paid and wealthiest celebrities in the American music industry with a net worth of around $250 million.

Master P has come up from an impoverished background where his family struggled to make both ends meet. From there, he has now become one of the biggest rappers in Hollywood. All because of his talent and business acumen.