Maxine Waters is an American politician who is the member of the Democratic Party. She is also one of the most senior black women serving the United States Congress. Maxine is a member of the Congressional Black Caucus and has also served as its former chairperson.

Maxine Moore Waters was born on August 15, 1938, in St. Louis, Missouri, the United States to Remus Carr and Velma Lee. When Maxine was two years old, her father left the family and Maxine was raised by her mother. Maxine attended the Vashon High School in Missouri and moved to Los Angeles along with her family in 1961. Before joining the Head Start in Watts as an assistant teacher in 1966, Maxine was employed in a garment factory and also worked as a telephone operator. She later completed her BA in sociology at the Los Angeles State College.

Maxine married Edward Waters in 1956 and the couple has two children Karen Waters and Edward Waters. After her divorce from Edward in 1972, she married former NFL player Sid Williams in 1977. Sid was the former U.S. Ambassador to the Bahamas.

Maxine began her career in 1973, by working as the chief deputy to City Councilman David S. Cinningham, Jr. In 1976, Maxine Waters stepped foot into the California State Assembly and later acquired the position of Democratic Caucus Chair for the Assembly. 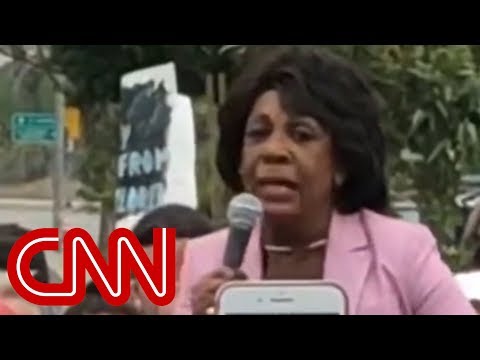 Maxine was elected to the US House of Representatives for California in its 29th congressional district with 79% of votes in 1990. She went on to represent the 35th district in 1992 and the 43rd district in 2012, all with over 70% of votes.

She has actively voiced against the Iraq war and has criticised former US President George Bush for it. She is also an avid supporter of Fidel Castro for her democratic movements and has often visited Cuba.

In 2011, she voiced against Barack Obama for not sufficiently supporting the black community and has always expressed her displeasure towards Donald Trump. Maxine was a key member of the Tea Party Movement calling for the reduction of the debts of the United States.

Maxine Waters is the co-founder of the Community Build and the Black Women’s Forum. In 1992, Maxine was honored with the Candace Award by the National Coalition of 100 Black Women and had also received the Bruce F. Vento Award for her work in the betterment of the poor and homeless. Maxine also has a water preparation center named after her in Watts, California.

Maxine Waters Net Worth & Earnings in 2020

Her recent wealth disclosure says that she has $1.5 million worth assets and $1.4 million worth of liabilities. The value of her 6000 square feet mansion is estimated to be ranging from $1 to $4 million depending upon the real estate value in correspondence with time. As of 2020, Her estimated net worth is $2.5 million.

In 2004, several controversies rose about her saying that she is misusing her position to help her relatives earn money. The Citizens of Responsibility and Ethics in Washington has included her name in the list of corrupt congress members in the years 2005, 2006, 2009, and 2011. Never minding these allegations, Maxine still continues to work for the public and the black community and serves as an inspiration to many young women who aspire to become a politician.