Melissa McCarthy is one of the renowned American actresses who is additionally a comedian, writer, producer and a writer. She has played several roles in different films which have made her gain much popularity as an actress. Some of the roles include; Sookie St. James in the Gilmore Girls, Molly in Mike and Molly, Dena in the Samantha Who?. Megan Price in one of the comedy movies she has featured known as Bridesmaids together with other TV series.

She also introduced her clothing line known as Melissa McCarthy Seven7. She has continually had success upon success in her career making her one of the most paid as well as popular actresses.

Melissa went to St. Francis Academy in Joliet, Illinois. After graduating from this school, she went to New York where she began her career as a stand-up comedian. With an increase in passion for her career, Melissa went for a training on performing for stage productions from The Actor’s Studio until when she went to the Los Angeles where she went to The Groundlings from which she learned about theater on its nuances and basics in her late 1990s.

McCarthy is currently married to her longtime boyfriend known as Ben Falcone who tied their knots on 8th October 2005. They have two daughters who include Vivian who was born on 5th May 2007 and Georgette who was the second daughter born in 22nd March 2010. This family lives a happy life and is currently in Los Angeles where they reside at.

Melissa’s career kicked off while she was a stand-up comedian in which she used to do several shows in different stage productions in New York. In 1997, she featured in several TV series and shows such as in the NBC comedy series known as Jenny. She also made her debut in 1999 in another film known as Go. Though she played a minor role in the movie, her role led to the introduction of other movies which include Disney’s the Kid, Drowning Mona, Charlie’s Angels, etc. 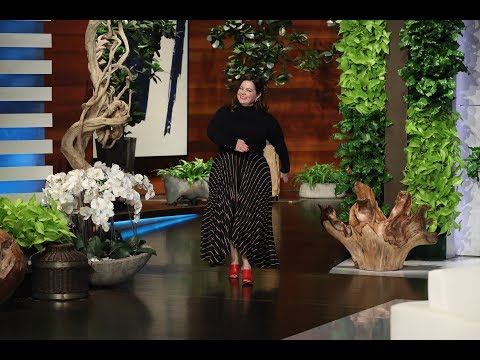 She gained much fame from this, and she started being seen all over different TV series from which she took this advantage. She picked most of the offers provided to her in different films and shows such as in Mike and Molly in, Bridesmaid in 2011 and also in another comedy show known as Identity Thief. This, in addition, made her win many awards thereof.

In the year 2015, Melissa introduced her own new clothing line which was known as Melissa McCarthy Seven7 whose main intention was to oversize women which made very many sales on its introduction. She has received several awards due to her unique performance which includes awards such as; Academy Awards, Primetime Emmy Awards, Kids Choice Awards, BAFTA Awards, Critics’ Choice Movie Awards, MTV Movie, and Screen Actors Guild Awards.

As of 2020, Melissa McCarthy has an estimated net worth of $70 Million which has highly been contributed to her earnings in different fields. She has an annual average income of $5 Million. She has also earned an estimated worth of $10 Million in the Wall Street Journal. In 2015, she was seen to earn $33 Million from movies. This has highly contributed to the rise in her net worth.

She was named as the third best-paid actress in 2015 by Forbes across the whole world. She has achieved much being one of the most paid actresses in Hollywood. Her fame has continually increased day by day.