Michael Biehn is a popular actor from America who is best known for his military roles in science fiction movies such as The Terminator (1984), Aliens (1986), The Abyss (1989) and many more. He was nominated for the Saturn Award in the category of Best Actor for his performance in the movie Aliens.

Michael Connell Biehn was born on July 31, 1956, in Anniston, Alabama to his parents Don Biehn and Marcia (née Connell). His father was a lawyer.

When Michael was a child, his family shifted to Lincoln, Nebraska and then to Arizona where he completed his high school.

Michael has been married three times. On July 1980 he married his first wife Carlene Olson with whom he has twin sons Devon and Taylor. The couple divorced in the year 1987.

Later Michael married his second wife, Gina Marsh. Together they have two sons Caelan Michael and Alexander. They separated in the year 2008. He is now married to actress Jennifer Blanc. The couple has a son, Dashiell King Biehn.

Michael Biehn started his acting career in the year 1978 when he played a small role in the romantic comedy movie “Grease.” Three years later he portrayed the character of a stalker in the movie version of the novel “The Fan.” 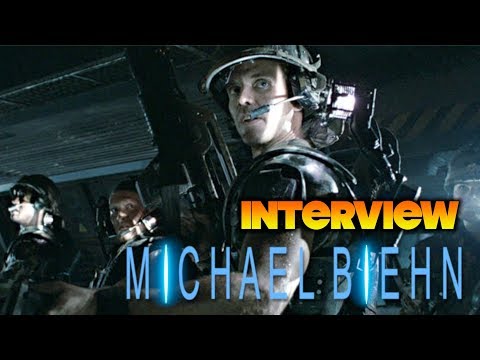 Michael became a household name when he played the character of Kyle Reese, a soldier in the movie “The Terminator” in 1984. Later he starred in two other movies of James Cameron “The Abyss” and “Aliens.” He also did a recurring role in the movie “Terminator 2: Judgment Day“.

He played the role of Oscar Crocker in the 2016 action thriller film “Hidden in the Woods” and Sheriff Hodge in the movie “The Shadow Effect” in 2017.

Michael Biehn Net Worth & Earnings in 2020

As of 2020, Michael Biehn has an estimated net worth of more than $10 million. Most of the fortune is the result of his illustrious career as an actor.

Michael Biehn is one of the most talented and renowned actors in the world. He has worked hard with utmost dedication and passion for achieving the fame and success which he possesses now.