Montel Williams is an American actor and a TV star. He is famous as the host of “The Montel Williams Show”. He was the part of the US Navy and US Corps.

Montel Williams was born on 3 July 1956 in Maryland, the United States. He went to the Andover High School. In school days, he was a talented student and was interested in the government issues. His father, Herman Williams Jr. was a firefighter.

In 1982, he wed with Rochele See. They have two daughters: Maressa Williams and Ashley Williams. Later, they divorced.

On 6 June 1992, he got engaged with the Grace Morley. Grace gave birth to their first child, Montel Brian Hank Williams in 1993. They also have one daughter, Wyntergrace Williams. Grace and Montel got separated in 2000.

In 2006, he tied a knot with Tara Flower in Bermuda. In 1999, he underwent through multiple sclerosis.

After completing graduation from the high school, he joined the U.S. Marine Corps. He was trained at the U.S. Naval Academy. He worked as the cryptologic officer for naval intelligence. In 1982, he went to Defense Language Institute in the Monterey for studying the Russian language. In 1991, he started his talk show, “Montel Williams Show.” Williams received the Daytime Emmy Award for the “Montel Williams Show.” 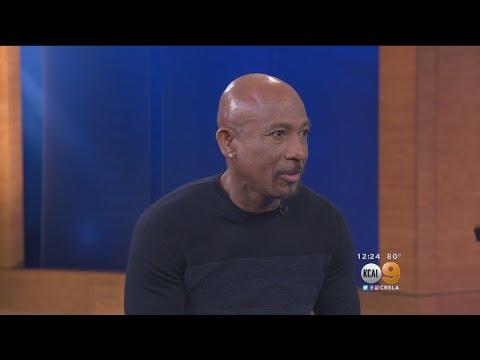 Unfortunately, the show ended on the 16 May 2008. The Oprah Winfrey invited him as a guest in her talk show. He played the role of the Navy Seal in the TV series, “JAG.” In 1996, Montel produced his own TV show, “Matt Waters.” He starred in the movie, “The Peacekeeper” as a commander.

He also got an opportunity to work on the soap opera, “All My Children.” Williams portrayed the Boomer Keely in the film, “The Case Of The Telltale Talk Show Host.” He voiced movies like “War Inc.”

He directed the 1999 movie, “Little Pieces.” In 2009, he became the host of the “Montel Across America.” He supported the Hillary Clinton during elections and the Marine Sgt.

For his service in the U.S. Navy, he was honored with the Navy Superior Public Service Award.

He has written several books like, “Mountain”, “Get Out of My Way: Life Lessons and Learned Truths”, “Climbing Higher”, “Living Well Emotionally: Break Through to a Life of Happiness”, “BodyChange: The 21- Day Fitness Program for Changing Your Body”, “Practical Training”, etc.

Montel Williams Net Worth & Earnings in 2020

Montel Williams has worked in several industries and created an iconic career in all of those. He is the real source of inspiration for all the youth.