If you have ever heard about the bands Journey and Bad English, then you must have also heard about Neal Schon. He was the lead guitarist of those bands and earned huge fame through his works for them. Schon is not only a guitarist but also a songwriter and a vocalist who has worked both independently and collaboratively.

But do you know how much is Neal Schon’s net worth in 2020 and how old is he? If you do not know, we have prepared the following article in which you can find everything that interests you about Neal Schon’s life and career. We have prepared this article for you not only about details of Neal Schon’s career, professional life and personal life, but also about his net worth, age, height, weight and more facts. Well, if you’re ready, let’s start.

Neal Joseph Schon was born on February 27, 1954, in Tinker Air Force Base, Oklahoma, the United States. He was the son of Matthew Schon and Barbara Schon who had German ancestors. Schon was attracted to the guitar from quite a young age and started playing the instrument when he was 5. He was a quick learner, and many were awestruck when his fingers glided over the guitar. At the age of 15, he joined the Latin music and rock band Santana.

Neal has got married five times so far in his life (it’s not clear whether he is lucky or unlucky). He first married actress Tena Austin in 1976 which ended in separation after several years. He then tied a knot with Beth Buckley in September 1987, and the couple was blessed with two children.

After his divorce with Beth, he married Dina Gioeli in 1993. The couple has a child together and obviously got separated. In 2001 he married Amber Kozan and had two children with her. After they got divorced in 2008, Neal married Michaele Salahi on 15 December 2013. The marriage was held as a PPV event with an entry fee of $14.95 and was also broadcasted live from the Palace of Fine Arts.

Neal was approached by Eric Clapton when he was 15, to join the Derek and the Dominos which Neal rejected and opted to join the Santana. He performed in their albums Santana III and Caravanserai before joining the Azteca. 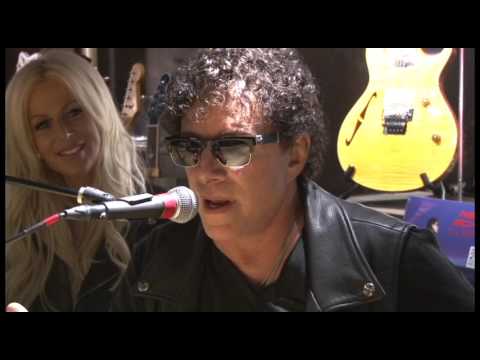 In 1973, he formed the Journey, and he is still an active member of the group. Neal has released nine solo albums so far, his debut solo being Late Nite which was released in 1989. In 1989 he joined the Bad English and had done two albums with them Bad English and Backlash. Collaborating with Paul Rodgers, Neal has done four albums and has given a lot of guest appearances in many famous artists’ albums including Betty Davis, Robert Fleischman, Eric Martin, and Jimmy Barnes.

He was nominated for the Grammy awards in the years 1996 and 2001. His band Journey was honored with the Billboard Legend of Life Award in 2001.

From 1975 to 1979, the guitarist is said to have earned over $18 million through his works for the band Journey. In 1981 he made a fortune of $19 million from the sale of Journey’s Departure, Escape, and Captured albums. He earned over $20 million in 1988 through the Greatest Hits compilation album by the Journey. As of 2020, His estimated net worth is $45 million.

Neal is known for his soulful striking of the strings that made people fall in love with his pieces. Considered as one of the most talented guitarists in the world, we wish he will continue to mesmerize us with his works as he has done so far.