Nick Hanauer is an entrepreneur with an American Nationality and a venture capitalist. Before he joined the world of business, his father encouraged him to ensure that he completes his college degree before fully venturing into managing the family empire. He has continued to serve as the CEO and chair of the board of management of the various companies that they co-own together with the other family members.

Nick was born in the year 1959 in New York, NY. After completing high school education, Nick proceeded on to join the University of Washington where he pursued a degree in philosophy and immediately after completing the bachelor’s degree, he joined the management of the companies. He co-founded a company by the name Museum Quality Framing Company which is a West Coast Franchise.

Initially, he was one of the investors of the Amazon Company and remained the advisors of the company until the year 2000. He has also been known for being the founder and creator of the gear.com which later merged to become Overstock.com and also Avenue A Media.

He has been known for managing the family business. He was promoted to the board of management of the company immediately he graduated with his bachelor’s degree. Up to date, he has continued to be the chair and also the chief executive officer. In the year 1980s, it was when he created Museum Quality Framing Company, which is a franchise of the West Coast. In the 1990s, he was among the initial investors of the Amazon Company, and he was promoted to sit on the advisory board of the company. 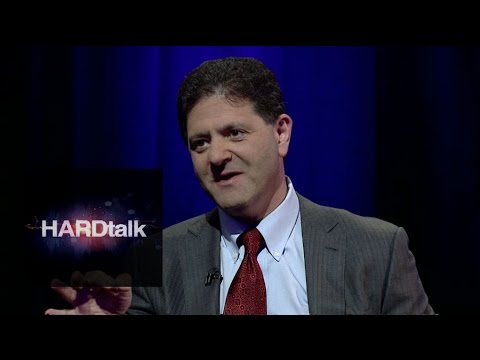 Also, he created Avenue A Media which later was renamed to aQuantive, which would later be acquired by the company at $6.4 billion. In the year 2000, he co-created Seattle based Venture Capital Company by the name Second Avenue Partners. This company was responsible for the advice and funds at an early stage company such as HouseValues and the Newsvine.

Hanauer has been very active in Seattle Community and also Washington education system. Also, he created the League of Education Voters, which is a non-partisan political organization which is dedicated to improving the quality of the public education system in Washington. He has been brought on board at Cascade Land Conservancy.

He has made headlines in the recent days for his support towards supporting taxing of the rich in a higher percentage. He has opposed the notion that the rich Americans are the ones that support the growth of job creation. Rather, he supports the improvement of the middle class.

Nick Hanauer Net Worth & Earnings in 2020

As of 2020, The net worth of Nick Hanauer is estimated to be over $1.2 billion. The wealth has been generated from his expansive and successful career as a businessperson. His skills and focus have seen him create multi-billion dollar companies that have gone on to become very successful.

Despite the success that he has enjoyed, he has never shied away when it comes to controversy. In the year 2012, some news outlets got to report that his TED talk had not been posted online as a result of controversy where he delivered a speech on ‘Faith for the Republicans.’