Nikkie de Jager is a renowned Dutch Makeup artist, YouTuber as well as a beauty Blogger. She has gained much of her popularity through her YouTube channel which is known as NikkieTutorials in which she has more than 10 million subscribers in her channel with her main subscribers being ladies. Much of her popularity came after she had released one of her videos in her channel known as “The Power of Makeup” which became very viral on the internet which made some people show their faces without makeup.

Nikkie de Jager was born on 2nd March in the year 1994 in Wageningen, Netherlands and as a result, she had nationality of Dutch and was born to a Jager family. She went to B Academy located in Amsterdam where she learned more on makeup. She got much of her interest in her career to be a makeup artist while in her home at a time she was sick. She kept watching a program known as ‘The Hills’ aired on MTV. The female actors who were in this program had makeup applied to them which made her search more on makeup tutorials from YouTube which as a result led to her interest growing.

Nikkie de Jager has kept her personal life very secretive and does not talk about her personal life. It is however known that she was dating Rick Smit who is her longtime boyfriend. They, however, separated after some time following Rick’s unfaithfulness to Nikkie.

Following her interest in becoming a makeup artist, Nikkie de Jager commenced her career in the year 2008 after she created a YouTube channel which was known as NikkieTutorials. After this, she also joined Colourfool Agency which was to assist her in finding projects in the year 2011. Through this agency, she was able to get some projects which include projects such as Hollands’s and Benelux’s Next Top Model with other many projects in which she worked with. 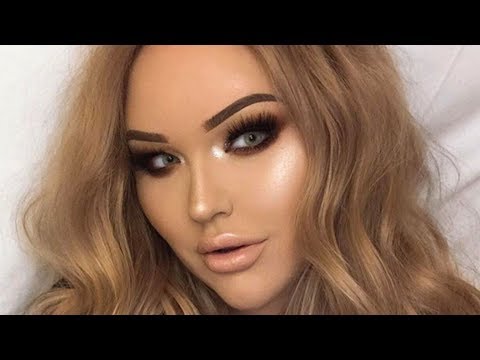 She used to upload some videos in her YouTube channel on Makeup and beauty. After releasing a video known as “The Power of Makeup” in the year 2015, she got much popularity which assisted her in getting wide coverage in the social media platforms. This video was about encouraging women to show off their faces without makeup which went viral giving her much popularity. Additionally, she has collaborated with some beauty brands which she has worked with such as Ofra, Too Faced and Maybelline. Following her popularity, she has won several awards such as the Teen Choice Awards and the Shorty Awards.

A of 2019, Nikkie de Jager has an estimated net worth of $1 million. This is from the fortunate earnings she has made through her successful career in which much of her earnings come from her YouTube channel which has more than 10 million subscribers. This is coupled with other revenues from other social media platforms following her increased popularity.

Nikkie de Jager has had much success in her career despite her young age. This comes with the increased passion she got in her career as well as receiving support so as to invest in her career by being taken to a makeup school.