Do you know the situations “Shark Tank’s” star Robert Herjavec and his family went through when in Croatia? It is well known that his father was a regime critique but what is not known is their living in a basement after shifting to Toronto with a mere $20 with them! That is harsh and don’t you think it must have been struggling for him to become a famous TV actor, businessman, and an investor coming from such a tough life? He is a part of “Shark Tank,” and it seems as if he has come from a shark fight himself defeating off scary, vicious situations.

Robert Herjavec was born on 12 September 1962 to a father who was an anti-communist in Varazdin, Croatia and left the country when Robert Herjavec was eight in 1970. The family then lived in Toronto in poor conditions in a friends’ home basement, but his father managed to get a job earning $76 per week.

He completed his degree in English Literature & Political Science from the University of Toronto in 1984. He did many jobs, like newspaper delivery & served as a retail salesman, etc. to financially aid his family.

Robert Herjavec’s first wife was Diane Plese from 1990 until their separation in 2014. They had two daughters & a son from their married life. He then wedded Kym Johnson in July 2016 in LA. The couple had their twin kids a boy and a girl on April 23, 2018. The family lives in a home in Bridle Path, Toronto.

Robert started off with films very early in his life. It was his prime career & he worked with many productions as a supporting director in the 1980s. He assumed the position of field producer during the 14th Winter Olympic Games on Global TV. 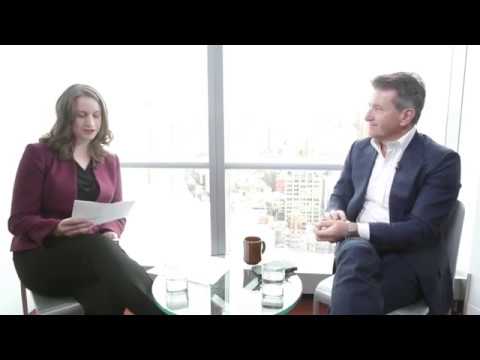 He then moved on to other business ventures and worked for companies like Logiquest. His first company which he established in 1990 was BRAK Systems, which gave a significant boost to his career. He didn’t halt his progress here, and instead founded another firm named Herjavec Group, a security solution integrator in 2003.

The company is a fastest growing one, selling services worth over $500 million. He has also appeared on TV shows like “Dragon’s Den” and “Shark Tank.”

As of his awards & achievements, he has secured three Gemini Awards for “Dragon’s Den,” Profit 500 – GTA Award for Excellence in Entrepreneurship and many others owing to him & his company Herjavec Group.

Robert Herjavec Net Worth & Earnings in 2020

As of 2020, With an approximated net worth of $220 million, Robert Herjavec is among the best-paid cast of “Shark Tank.” Other than TV shows, sources adding on to his income include the sale of BRAK Systems, for $100 million and his business by Herjavec Group. The star had to pay $50-75 million for his divorce settlement, which made a dent in his wealth but still, his investments & the three books authored by him save him a good fortune.

He owns a luxurious home in Bridle Path of worth $18 million. He is a car collector having a 2014 Range Rover, Ferrari F12 Berlinetta, Ferrari LaFerrari, 2011 Rolls- Royce Phantom Drophead Coupe, and 1958 Porsche 356 among others.

With hard work and passion in his life, Robert rose to stardom leaving behind a somewhat lower middle-class early life. His journey had said to be started when his mother bought a vacuum cleaner from many weeks’ earning of his father. He then pledged to support and uplift his family from rags to riches and became successful in doing so.