Robert Wagner is a popular American actor who has starred in many movies in his career. He has won many awards and his career has spanned for over six decades. Some of his popular films roles include ‘Austin Powers: International Man of Mystery’, ‘The Towering Inferno’, ‘Don’t Just Stand There!’, ‘The True Story of Jesse James’, and ‘A Dennis the Menace Christmas’.

Robert John Wagner Jr. was born in February 1930, in Detroit, Michigan. His parents were Robert John Wagner Sr. and Hazel Alvera Wagner. His father was Ford Motor Company’s traveling salesman and his mother used to work as a telephone operator. He has a sister named Mary.

In 1949, the actor completed his high school from Saint Monica Catholic High School. He was interested in acting from an early age. However, he had an unsuccessful screen test for the movie ‘Teresa’ by Fred Zinnemann. He is considered as one of the nicest citizens of Hollywood.

In December 1957, Robert Wagner got married to Natalie Wood. The couple divorced in 1962. From 1963 to 1971, he was married to Marion Marshall. Their daughter, Katie Wagner was born in 1964. In the same year, he got engaged to Tina Sinatra. He again married Natalie Wood in 1972. The couple remained together until Wood’s death in 1981. Their child Courtney was born in 1974. In 1990, he got married to Jill St. John. In the past, he has been in relationships with Barbara Darrow, Barbara Stanwyck, Debbie Reynolds, Debra Paget, Jean Peters, Joan Crawford, Rita Moreno, and Terry Moore.

Robert Wagner made his movie debut by starring in the 1950 film ‘The Happy Tears’. He then went on to appear in films like ‘The Frogmen’, ‘Halls of Montezuma’, and ‘Let’s Make It Legal’. His film roles from the 1950s include ‘Titanic’, ‘The Silver Whip’, ‘The Mountain’, ‘A Kiss Before Dying’, ‘Stopover Tokyo’, and ‘White Feather’. In the 1960s, he was seen in films like ‘The Pink Panther’, ‘Harper’, ‘Banning’, and ‘Winning’. 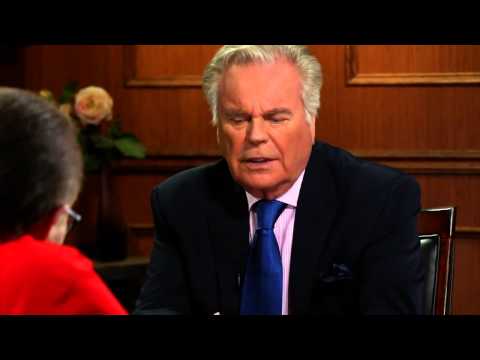 The other film roles of Wagner include ‘Man in the Chair’, ‘The Wild Stallion’, ‘Play It to the Bone’, ‘Dragon: The Bruce Lee Story’, ‘Love Among Thieves’, ‘I Am the Cheese’, ‘Curse of the Pink Panther’, ‘’The Hungover Games’, ‘Sol Goode’, and ‘What Happened to Monday’. In television, he was first seen in ‘Jukebox Jury’ in 1953. His other TV credits include ‘It Takes a Thief’, ‘The Name of the Game’, ‘Colditz’, ‘Hart to Hart’, and ‘Two and a Half Men’.

He has been nominated six times for the Golden Globe Awards. In 1970, he received a nomination for the Primetime Emmy Award. He was the winner of the Method Fest in 2007. Other awards won by him are People’s Choice Award and Copper Wing Tribute Award. Wagner is also an author and has written three books in his career.

Robert Wagner Net Worth & Earnings in 2020

Consider knowing the net worth of an actor who has acted in many films in his career? He has also appeared in television shows and As of 2020,  has made a net worth of over $17 million. His movies today have become cult classics. He has also appeared in the TV miniseries, ‘To Catch a King’, ‘Pearl’, and ‘Windmills of the Gods’. His television movies are ‘Fatal Error’ and ‘City Beneath the Sea’. He has also voiced in the 2000 film ‘Everyone’s Hero’.

Robert Wagner today has become a legendary actor. He is still active in his profession and continues to entertain people. He is an influential person who has performed even in cinema’s golden age.