Robin Roberts is a popular American TV broadcaster. She is popular as the anchor of the Good Morning American show on ABC. She rose to prominence being a sports anchor for local TV and radio stations. She worked with ESPN for 15 years as a sportscaster.

Robin Roberts was born on 23rd November 1960 in Vermont. However, she grew up in Mississippi. She went to Pass Christian High School. She attended Southeastern Louisina University. Her father was a pilot. During her childhood days, she was fond of playing basketball and tennis. Robin has a degree in communication and her older sister was an anchor of CBS and she followed in her footsteps. She was the standout performer in the women’s basketball team.

Robin was a transcendental meditation practitioner. She was diagnosed with breast cancer. She underwent a major surgery followed by 8 chemotherapy treatments followed by radiation treatment. Robin was also diagnosed with a bone marrow disease and had to do the bone marrow transplantation. She entered into a romantic same-gender relationship with Amber Laign. She was always open to her friends and co-workers about her gender preference. The couple is still in a relationship.

Since she was good at sports, she started her broadcasting career as a sports anchor. She was a reporter from WDAM-TV, WSMV-TV, and WAGA-TV from 1984 to 1990. At the same time, she was a radio host for station V-103. It was in February 1990, she joined ESPN as a sportscaster. She stayed as many as 15 years with ESPN and worked for ABC News at the same time. 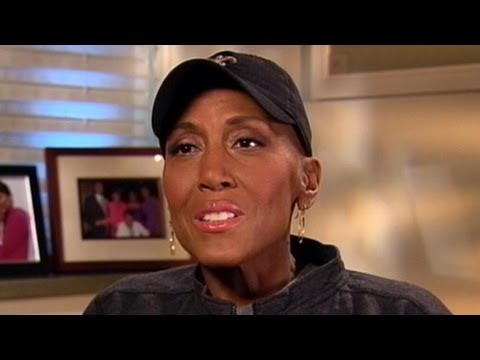 Robin got publicity for her infamous interviews with Nate Parker and Chris Brown. She was inducted in Women’s Basketball Hall of Fame in 2012 and was named one of ESPNW’s Impact 25. She also won the Walter Cronkite Award for Excellence in Journalism n 2014. She was also written three books that were released in 2007, 2008, and 2014. Moreover, she also has an audiobook to her name. In 2018, she was honored with a Lifetime Achievement Award.

Robin Roberts Net Worth & Earnings in 2020

How much net worth do you think a newscaster can have? As of 2020, She has a net worth of over $40 million, which is huge and most of it came from her 15 years with ESPN and two decades with ABC News. She is an extremely popular journalist and has been guest host multiple times in many discussion panels. Apart from that, her articles and books have contributed to her wealth.

Robin Roberts was never ashamed of her liking for girls. She was very open about it and she has been in a relationship with Amber for many years now. She even acknowledged it publicly. She has gone down as an inspiration for the LGBT community.