Although Ryan John Seacrest is a man of many talents, you would probably recognize him from the various red carpets and shows he has hosted. He is most famous for hosting the American singing competition ‘American Idol‘ and also a radio show called ‘On Air with Ryan Seacrest’ on KIIS-FM. Currently, he appears alongside Kelly Ripa on ‘Live with Kelly and Ryan.’

Now, if you are looking for some amazing (do you know he is the captain behind the ‘Keeping Up with the Kardashians’ vessel?) and some weird (do you know he was once bitten by a shark?) facts about him, you are right on track.

Born on December 24, 1974, and raised in Atlanta, Georgia, Ryan Seacrest was brought up by Constance Marie, his mother, and Gary Lee Seacrest, his father.

Ryan has received his schooling from Dunwoody High School, and at the age of 16, he was given the opportunity to intern at WSTR (FM) in Atlanta with Tom Sullivan. Ryan received training from Sullivan in many aspects of radio. It was Sullivan who gave Ryan the first show of his broadcasting career.

After graduating, Ryan Seacrest joined the University of Georgia to study journalism and went to the local Athens Station to continue his radio show. At the age of 19, he decided to take his broadcasting career to Hollywood, and the rest, as they say, is history.

In 2016, Ryan Seacrest received an Honorary Doctorate of Humane Letters from the University of Georgia where he gave an opening speech at the graduation ceremony.

ESPN’s ‘Radical Outdoor Challenge’ which began airing in 1993 had Ryan Seacrest as its host for the first season. He also hosted some other TV shows like ‘Gladiators’ (2000), ‘Wild Animal Games,’ and ‘Ultimate Revenge’ (2001) amongst others. 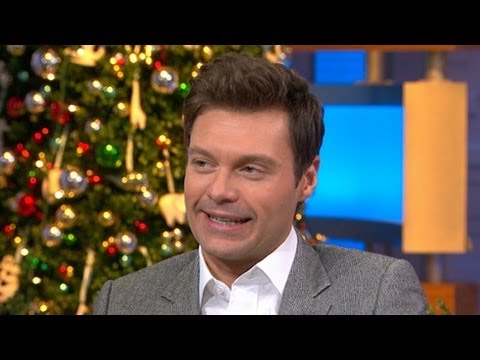 Ryan Seacrest made a deal with CKX for $45 million to host ‘American Idol’ thus, becoming the highest paid host on a reality show at that time. After the show ended in 2016, Ryan started a new show ‘Live with Kelly & Ryan’ in 2017. He made an initial deal of $10 million.

Ryan Seacrest later accepted a deal of $21 million offered by the US cable channel E! This included hosting, producing various programs, like ‘E! News’ and red carpet events. Further, he expanded his on-air role by signing a deal with NBC Universal. He also took part in the Olympics coverage, ‘The Today Show,’ entertainment programming and other special events.

Ryan Seacrest Net Worth & Earnings in 2020

As of 2020, Ryan Seacrest’s net worth is $450 million, and his annual income is $75 million. His deal with CKX of about $45 million to host ‘American Idol’ made him the richest host in America. He has also hosted the ‘American Top 40,’ the legendary ‘countdown’ which was previously run by Casey Kasem.

Ryan Seacrest made a deal of $21 million with the US cable channel E! to do various programs. He launched his own collection ‘Ryan Seacrest Distinction’ in 2014 manufacturing sports coats, suit separates, evening wear, cufflinks, ties, belts, pocket squares, and jewelry.

Ryan is a well-known name in the radio and television industries whose flair and conviction in making any program a success is commendable. It establishes that no opportunity in life is small. It only gets bigger and charming if executed with interest.