Ryan Matthew Serhant is a popular TV reality star and a real estate agent who got fame after featuring in the Bravo’s Million Dollar Listing New York show in 2012. Serhant got nominated for a variety of awards due to his performance in this show. He is one of the most loved real estate agents in the show among the audience.

This handsome star was born on 2nd July 1984 in the city of Houston, Texas. Ryan has spent a great portion of his childhood in Topsfield, Massachusetts along with the family. He completed his schooling from the Pingree School that located in the South Hamilton. After that, Ryan studies in the Perry-Mansfield Performing Arts School and Camp. He spent time studying away from the family while attending this school as they stayed in the Steamboat Springs, Colorado.

He moved to the Clinton, New York for higher studies and took admission in the Hamilton College. Serhant completed his bachelor in the English Literature and Theatre. While studying there, he was a part of the Delta Kappa Epsilon fraternity. Ryan moved to New York City after completing his graduation with an aim to create a career in acting.

Ryan has quite an amazing romantic life with his wife Emilia Bechrakis whom he loves so much. He met with her in 2011 and the couple dated for more than four years. He proposed Emilia in a unique that headlines the news channels. He shut down the Times Square on 14th September 2014 and proposes her. Emilia is a well-known lawyer and accepted that proposal.

The couple married on 7th July 2016 in a Greek Church that located in Corfu, Greece. Since then, they are happily living together. The couple is quite open about their relationship in public.

He started his career in the soap opera named World Turns playing the role “Evan Walsh.” However, he soon found himself in real estate business in 2008 on the advice of his friend. Ryan got appointed in the Nest Seekers International where he soon promoted to the Managing Director post due to his unparallel work techniques. 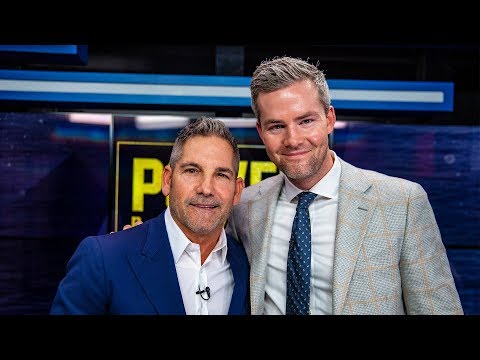 Serhant achieve great success as a real estate broker making sales of more than one billion. His increasing popularity allowed him bagged a role in the television series “Million Dollar Listing New York.” Along with real estate shows, he has featured in lots of television shows that telecasted on Bloomberg TV, CNBC, The Insider, CNN, and many more. Presently, Ryan is the producer of the show named “Sell It Like Serhant.”

Due to his exciting work in the reality series, he nominated for two Emmy Awards. However, he didn’t become successful in winning any of them. Also, he ranked on the 15th position in the 2012 list of 100 successful brokers in New York that released by The Real Deal Magazine.

Ryan Serhant Net Worth & Earnings in 2020

As of 2020, The net worth of Ryan Serhant is $23 million. He had made lots of money from his work in the real estate business. Also, Ryan has appeared in plenty of TV series that made him so popular. He has also worked as a model for many advertising companies that helped in increasing his net worth.

Ryan Serhant is a multi-talented person who has achieved success where he goes. We wish he will continue working with the same dedication in the future.