Sachin Tendulkar is famous as the former Indian batsman and captain of the cricket team. In 2005, Sachin Tendulkar made history as first batsman making 35 centuries (100 runs in a single inning) in International Test match.

On 24th May 1995, Sachin Tendulkar married a pediatrician Anjali who is six years his senior. Anjali is the daughter of Anand Mehta (Gujarati industrialist) and Annabel Mehta (British social worker). Sachin and Anjali have two children, Sara (b. 12th October 1997) and Arjun (b. 24th September 1999).

Sachin was called ‘God of Cricket,’ ‘Little Master,’ and ‘Master Blaster’ for batting (right-handed) and bowling (Right-arm medium, leg break and off break). Sachin Tendulkar played for the Indian team from 1989 to 2013. He was one of the five top IPL cricketer icons and earned a paycheck of 15% more than other team members of Mumbai. 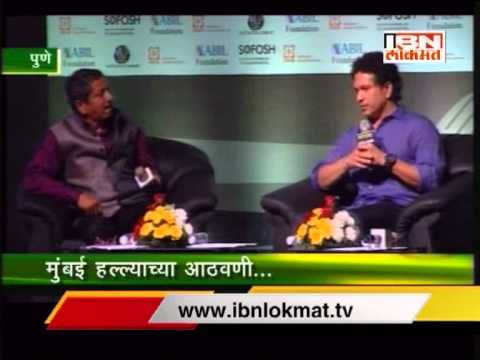 Sachin Tendulkar and Sanjay Narang of Mars Restaurants co-founded two restaurants. These include ‘Tendulkar’s Colaba’ in Mumbai and Sachin’s Mulund in Mumbai and Bangalore.

In 2007, Tendulkar teamed with Manipal and Future Groups for launching ‘S Drive and Sach’, healthcare and sports fitness products. This resulted in Virgin Comics publish comic books with Sachin Tendulkar as a superhero.

On 6th November 2014, Sachin published his autobiography ‘Playing It My Way’ by Hachette India. This book sold over 150289 copies; thereby, broke all records of hardcopy fiction and non-fiction categories. Also, there is a list of books on Sachin Tendulkar written by other writers.

Sachin Tendulkar Net Worth & Earnings in 2020