Salman Khan is an Indian actor whose name knows no boundaries. He is not only known in his mother country but all over the world. He is a man of many hats. Mostly, he is known for being a great film actor. Other than that, he is a television personality as well as a singer.

The fact that he has been in the industry for almost three decades speaks volume regarding the artist. This article highlights the story of this star.

But do you know how much is Salman Khan’s net worth in 2020 and how old is he? If you do not know, we have prepared the following article in which you can find everything that interests you about Salman Khan’s life and career. We have prepared this article for you not only about details of Salman Khan’s career, professional life and personal life, but also about his net worth, age, height, weight and more facts. Well, if you’re ready, let’s start.

Born as Abdul Rashid Salim Salman Khan, the man was born in 1965 on 27th December. His birthplace was Indore in Madhya Pradesh. He was born to Salim Khan together with Sushila Charak. Sushila was the first wife of Salim, and she later changed her name to Salma Khan. He is the grandson of Abdul Rashid Khan. Rashid once served as the Indore state’s Deputy Inspector General. 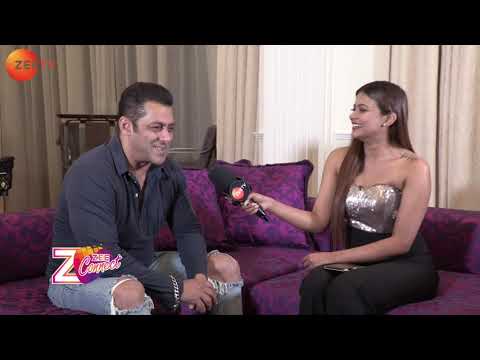 Salman is a brother to his four siblings. He has two brothers namely Sohail Khan and Arbaaz Khan. He also has a sister by the name Alvira Khan Agnihotri. Alvira is the wife of Atul Agnihotri who is an actor and a director. The family also has an adoptive sister called Arpita.

For the better days of his school life, Salman spent them in The Scindia School in Gwalior. Then, he transferred to St. Stanislaus High School. It is in Bandra, Mumbai. Upon completing his studies there, Khan decided to further his studies. That is why he joined St. Xavier’s College which is also in Mumbai. Nevertheless, he did not graduate since he dropped out.

Despite living for over half a century, Salman Khan is yet to find his better half. However, he has been in various relationships. In 1999, his fans thought that Khan had found the one. That was after he started dating Aishwarya Rai. She is a Bollywood actress. Despite regular media coverage, the relationship ended in 2001.

He then got into a relationship with Katrina Kaif. After several years of dating, it collapsed in 2010. However, Kaif did not confirm it until 2011. Other Khan’s girlfriends have been Somy Ali and Sangeeta Bijlani.

The apple doesn’t fall far from the tree. Being a son of a screenwriter, he decided to venture into the film industry. His debut was in The Biwi Ho To Aisi. He played a supporting role. Then, he got his leading role in Maine Pyar Kiya. That earned him a Filmfare Awards. That became his breakthrough.

His significant appearances were in the likes of Judwaa, Sajaan, Karan Arjun and Hum Saath Saath Hain among others. The best of them all and the recent one was Ek Tha Tiger and its sequal.

His other awards include another Filmfare Award and 2 National Film Awards.

Salman Khan Net Worth & Earnings in 2020

As of 2020, The net worth of Salman Khan is about $320 million (2250 Crore Indian Rupees). His main source of income is his acting career. His current salary for movies is 60 Crore Rupees per film. Salman Khan is making more money from the TV Show “Big Boss” where it is reported that he is charging around 14 Crore per episode. The man has been in the industry for almost 30 years. He has appeared in approximately 100 movies. That earns him a lot of money. Since he gets lead roles most of the time, that means the pay is great. He has also won awards, produces, sings and appears on commercials.

Salman Khan is an award-winning actor. His exceptional performance is illustrated by his long career in the industry and the awards. Besides his talent, it is no secret that he is also good looking. In fact, according to the People Magazine, he is at number 7 among the Best Looking Men who hails from India.