Sarah Michelle Gellar is a multitasker in the Hollywood scene, being a producer, actress, and entrepreneur. She is popularly known for appearing in Scream 2, The Grudge, and Buffy the Vampire Slayer series. Besides acting, she also engages in various entrepreneurial ventures which have contributed to her growing fortune.

Sarah Michelle Gellar saw her first day 14th April 1977 in New York City. Gellar is the only child in her family. Her mother, Rosellen Gellar, was a nursery school teacher and her father, Arthur Gellar, was a garment worker. Both her parents are Jewish. Sarah’s parents divorced in 1984 when she was seven years. Her mother then raised her on the city’s Upper East Side. She gradually lost contact with her father, and the two remained estranged until he passed on in 2001.

Gellar studied at Columbia Grammar & Preparatory School under a partial scholarship as her mother was not able to pay for her full tuition, a factor that led to Sarah being constantly bullied. She then briefly attended the Fiorello H. LaGuardia High School of Music & Art and Performing Arts. She dropped out due to demands of her acting career.

Sarah Michelle graduated from the Profession Children’s School in 1994 with a 4.0-grade average, with most of her senior year completed through guided study.

The Hollywood tabloids reported that Gellar was involved in a brief romantic affair with the actor, producer and director, David Boreanaz. She is also rumored to have dated another actor, Jerry O’Connell.

Gellar is married to actor Freddie Prinze Jr. from 2002. The couple is blessed with one daughter, Charlotte Grace Prinze, and son, Rocky James Prinze. Sarah changed her last name to Sarah Michelle Prinze in 2007.

Sarah Michelle Gellar’s career had an early start after she made her acting debut at the age of four. Her first role was in the made-for-TV movie An Invasion of Privacy in (1983). Gellar’s first big break was in 1992 when she was cast in Swans Crossing. She also featured in the soap All My Children. 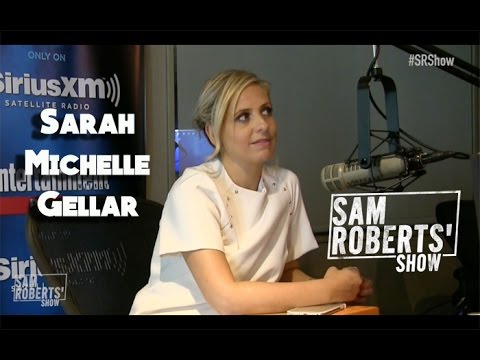 In 1997, Gellar was cast in Buffy the Vampire Slayer, taking on the role of Buffy. When the series was being aired during the initial episodes, she made an appearance in the thriller by the name I Know What You Did Last Summer which was her first significant act in a movie. This earned her a Blockbuster Entertainment Award for Favorite Supporting Actress in Horror and an MTV Movie Award nomination for Best Breakthrough Performance.

She was cast in Scream 2 in the same year and multitasked between filming Scream and Buffy the Vampire Slayer.

Gellar has had two major wins in her acting career. In 1995 she won an Emmy for her work in All My Children. She also won a Saturn Award in 1999 for her role as Buffy in Buffy the Vampire Slayer.

The American actress has a net worth currently estimated to be $24 million. She has earned her fortune through her successful acting career. Ellar is reported to have earned a salary of $100,000 per episode when she was working on the TV series The Ringer. She is also the co-founder of a cooking and Lifestyle Company called Foodstirs.

Sarah Michelle Gellar has been away from the industry for quite some time. Despite her absence, her name is still reckoned with, and she remains to be famously recognized for the work she took part in during her times.