Shawn Johnson a former artistic gymnast from the United States. She is a former five-time PAN American Games gold medalist and has also represented her country in various international events. She has won the Olympic Games held in Beijing and has also won the World Championship. In addition to this, she is also the winner of the ‘Dancing with the Stars’ in 2009.

Shawn Machel Johnson East was born in January 1992, in Des Moines, Iowa. Her parents are Teri Johnson and Doug Johnson. When she was only three years old, her parents enrolled her in gymnastics classes. She had good climbing cabinet skill at a young age. She is a Christian.

She went to Valley High School and was on the honor roll. She used to train for 25 hours in a week and opposed the 40 hours per week training. In 2009, she got relocated to Los Angeles along with her mother. She also enrolled at the Vanderbilt University but later withdrew.

In 2016, Shawn Johnson got married to Andrew East, who is a former football player. They got married after getting engaged in 2015. In 2017, she revealed that she had a miscarriage through a YouTube video. She currently lives in Nashville, Tenessee along with her husband. She is known to have suffered from eating disorder and used to eat 700 calories in a day.

At the age of 12, Shawn Johnson participated in the Junior Olympics National Championships and finished first on beam, second on floor, and fourth on all round. She was later invited to the training camps of the national team. On her first attempt, she qualified for the Junior International Elite. In 2005, she finished third at the U.S. Classic. By 2006, she added many new skills and was the winner of the U.S. Junior National All-Around Championship. 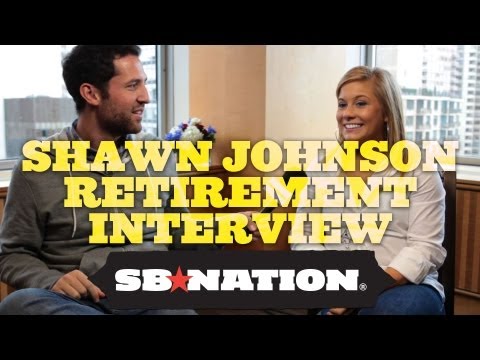 In her senior career, Johnson competed in the PAN American Games in 2007 and won four gold medals. That year at the World Championships, she competed in four events and went on to win the gold in the team event. She again represented her country against Poland, Spain, and Italy in Jesolo, Italy. At the 2008 Beijing Olympic Games, she won silver in floor exercise and took the gold in the team event. In 2013, she was inducted into the USA Gymnastics Hall of Fame.

In 2010, she tore her ACL and had to undergo a surgery. Johnson then uploaded her training videos on various events. She became a member of the United States Senior National team in 2011. That same year, she became a non-traveling alternate of the USA Women’s World Championships Teams. Due to her left knee problem, she announced her retirement from the sport in 2012. She has received several awards including the ESPY Awards, James E. Sullivan Award, and Teen Choice Award.

What could be the net worth of an athlete, who has successfully represented her country in many international events? As of 2020, The former gymnast Shawn Johnson has got a net worth of over $10 million and has also done many other endeavors. She is the winner of the season eight of ‘Dancing with the Stars’. She was also one of the co-hosts of the Scripps National Spelling Bee. She has appeared in many other television shows and has endorsed many brands like Nike, Nestle, Longines, Crest toothpaste, Circuit City, and Eukanuba.

Shawn Johnson is a very popular name in the world. She has got many fans across the world and has also been active in many other endeavors. She has done gymnastics tours and was the judge of Miss America 2010 pageant.