Shervin Roohparvar is an Iranian American businessman and television personality. He is best known to star in television reality show “Shahs of Sunset” which aired on the Bravo TV. The show focuses on the lifestyle of the wealthy Iranian living in the states. Hence, let us a closer look at the life of Shervin Roohparvar and acknowledge his early life and career.

Shervin Roohparvar who is popularly known as Alpha Sherv was born on August 21, 1980. When Roohparvar was a child, his family migrated from Iran to the United States. He shares a very close bond with his mother, younger sister, and brother. In several interviews, Roohparvar has stated that his father taught him all about their culture, so he follows all the traditions although living in another country.

Roohparvar was in a long distance relationship with Annalise Vanessa Carbone who is from Australia. However, it was later revealed that he was cheating on her with Tara Radcliffe.

Shervin Roohparvar had studied plastic surgery in college but later shifted his career towards starting businesses. He began his career as a manager to one of his family member DJ Farsheed. When Roohparvar was in college, he along with his roommate started a company related to Information Technology. He did not stop with his first business and extended his talents to other industries. 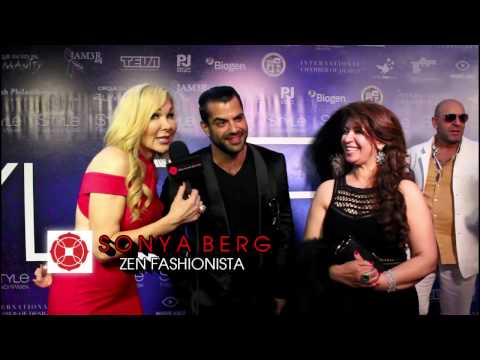 Roohparvar also established many nightclubs in different parts of the country which are entirely different from the usual ones. The appearance, as well as the services they provide, are unique in their own way.

He is also adored by a lot of women and is named the most eligible bachelor in Los Angeles. He became a household name when he took part in the show “Shahs of Sunset“. The show first premiered on the Bravo TV in the year 2012. The show focuses on their lifestyles, costly mansions, and cars. Popular entertainment magazine “The Huffington Post” labeled him as eye candy for gay men and straight women.

Later, Roohparvar entered the fashion industry with very high-end streetwear which is known as “Estate”. His latest project was a line of high-end headphones which he named “Partner of Munition”.

There are several other businesses and company owned by him in various industries including clothing, hotels, restaurants, computers and many more.

Shervin Roohparvar Net Worth & Earnings in 2020

As of 2020, Shervin Roohparvar has an estimated net worth of more than $5 million. Most of the fortune is the result of his various successful business ventures. Roohparvar owns two computer companies in the Silicon Valley and a headphone company whose headquarters is in San Diego. He also is the founder of multiple hotel chains, clothing boutiques, clubs and restaurants all over the United States. He also bought a laving mansion Hollywood Hills.

Shervin Roohparvar is one of the most successful businessmen and entrepreneurs in the United States. He is also a popular television personality and has been active in the television industry for quite some time now.