Sidney Poitier is a well-known actor, film director, author, and diplomat. He is the first Bahamian-American actor who won the Academy and Golden Globe Award for his work in the movie “Lillies of the field”. From being an actor and director to serving as a member of the board of directors of Walt Disney Company, Poitier’s career has been an outstanding one.

Sidney Poitier was born on 20 February 1927 in Miami, Florida to Evelyn and Reginald James Poitier who were Bahamian farmers. His father worked in the Bahamas as a cab driver. He was one of the eight children of Reginald who was born two months premature and was not expected to survive.

Poitier grew up in Cat Island till the age of ten and later moved to Nassau, where he became very interested in automobile and electricity.

When Poitier was fifteen, he moved to New York City where he worked as a dishwasher. He even worked in the Army during World War II, but only served briefly as a hospital attendant and later again continued his work as a dishwasher until he got a role in American Negro Theater.

On April 29, 1950, Poitier married Juanita Hardy and has four daughters but later on divorced in 1965. Since January 23, 1976, Poitier is married to Joanna Shimkus, a former Canadian actress. Before his second marriage, he had a nine-year affair with actress Diahann Carroll.

On North American Negro Theater, Poitier gave his performances but was initially rejected by the audience. Later he was noticed and was soon was given leading roles on stage and eventually, he was given a role in the movie No Way Out, in 1950. His performance was appreciated, and this added more characters in his film career. 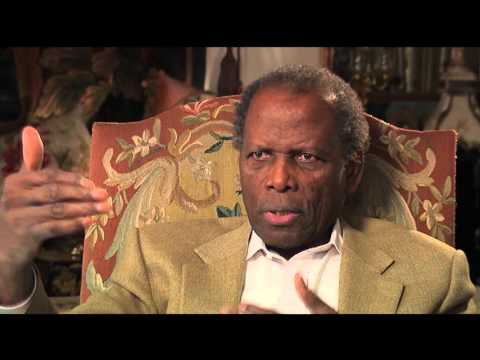 Poitier was the first male actor of Bahamian descent to win the Academy Award for Best Actor. Before this, he was also the first to be nominated for this Award. In 2002 he received the Honorary Academy Award for his overall contribution to American cinema.

As a director, Poitier directed his first movie, Western Buck and the Preacher and later on directed many films. The highest grossing film, Stir Crazy which was a huge hit at that time. He even directed Fast Forward, the first popular dance battle movie.

Sidney Poitier Net Worth & Earnings in 2020

From a dishwasher to actor and then director, businessman, producer and what not. Poitier had seen the best during his career. As of 2020, He has an estimated worth of more than $28 million.

Poitier has worked in more than 50 films as an actor and directed more than ten films. He has even worked in television for ten years. They are three autobiographies written by Poitier, and also they are two movies based on his life.

Sidney Poitier’s contribution to the American cinema is outstanding, and he is the one the most successful person in the country.