The fame of Steve Harris is not something that just happened. This English musician, as well as a songwriter, deserves the fame and recognition. He is an excellent bassist, keyboardist, vocalist as well as songwriter. In addition to that, he is the founder of a renowned British metal band by the name Iron Maiden. The man also has a unique bass playing style that is recognized globally. How far has this great talent taken him? Did his career begin up there?

Steve Harris was born as Stephen Percy Harris. His date of birth was 12th March in 1956. He was born to Mattie Harris together with John Harris. He was not only born but also grew up in Leytonstone. The surprising part is that he had different interest when he was growing up. He wanted to become a football player. He even had an offer of training with West Ham United. However, during his early teens, Harris; interest drifted from aspiring to play football professionally.

He went to school up to college as well. He was a student at the Leyton Sixth Form College.

In 1983, Steve Harris and Lorraine Harris tied the knot. Before the marriage, they had known each other for six years. Despite a long relationship before their wedding, its fate was a divorce. That occurred in 1993 marking the end of their ten-year marriage. As of now, she has a partner by the name Emma.

Steve has six children comprising four daughters and two sons. Their names are Lauren, Maisie, Faye, Kerry, Stanley and last but not least George Harris. His daughter Lauren Harris is a famous singer. She has also supported his band greatly. On the other hand, George plays the guitar. Four of them are with his ex-wife and the rest; he sired with his partner.

His first band was Influencer. Its other members were Paul Sears, Dave Smith, and Bob Verscoyle. After a while, its name changed to Gypsy’s Kiss. It split up after a while. That led to Harris’ audition to join Smiler back in February 1974. He had to leave the band. The reason is that they refused to play his music. 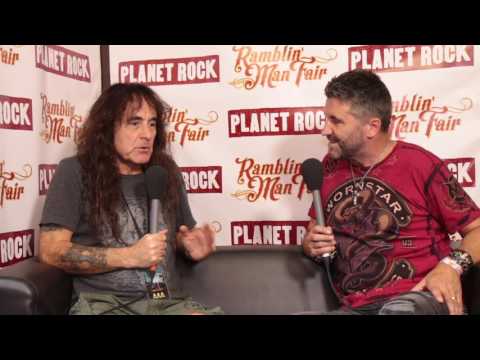 On the Christmas of the following year, he launched his band, Iron Maiden. He is the only one of the founding members that remain up to date.

In 2012, he released his debut solo album. The title was British Lion. His fans should expect more of the same.
Over the years, Steve Harris’ band has earned several awards. They include I win and five nominations for Grammy Awards. In 2002, the group won An Ivor Novello Award for International Achievement.

Steve Harris Net Worth & Earnings in 2020

As of 2020, The net worth of Steve Harris is about $40 million. Harris’ primary source of income is his career as a musician. He has been a part of bands and also made solo music. As of now, he has about 16 albums. 15 of them are of the band. They have sold more than 8 million records. That explains how Steve has amassed the wealth mentioned above.

Only a fool who doesn’t change his or her mind. That is what the story of Steve Harris teaches us. He changed his career path from football to Music. That turned out to be a huge success. Could it have been better than the football one? No one will ever know. However, this one was right no doubt.