Who does not know Steven Spielberg? Sure enough, everybody does. If you don’t, then recall the names of some of the movies you grew up watching- ‘E.T. the Extra-Terrestrial,’ ‘Indiana Jones,’ ‘Jurassic Park,’ the much acclaimed ‘Schindler’s List’ and many more. Right, Steven is the filmmaker behind these successful films marking the milestone of the New Hollywood era. It is not wrong to call this man one of the most successful and the most famous director in the history of films.

Steven Spielberg was born in an Orthodox Jewish family on 18th December 1946 in Cincinnati, Ohio. Leah, his mother was a pianist and his father, Arnold Spielberg worked as an electrical engineer. In 1953, his family moved to Phoenix, Arizona where he attended a Hebrew school.

Steven has been quoted recalling that sometimes being from an Orthodox Jewish family made him uncomfortable and he was even bullied for it. He started making amateur films at a very young age with one being plated in the local theatre for a show too! He got his Bachelor of Arts from California State University.

The first major important romance in Steven’s life was with Amy Irving whom he met in 1976. They started dating and ended up living together. However, their professional lives got the better of this marriage, and they ended up separating, although only to rekindle the romance again and get married. However, the trouble began again, and they got divorced, sharing the custody of their son.

He then met actress Kate Capshaw on the sets of ‘Indiana Jones’ and the ‘Temple of Doom,’ and started a new relationship. They got married in 1991. He is the father of seven children. 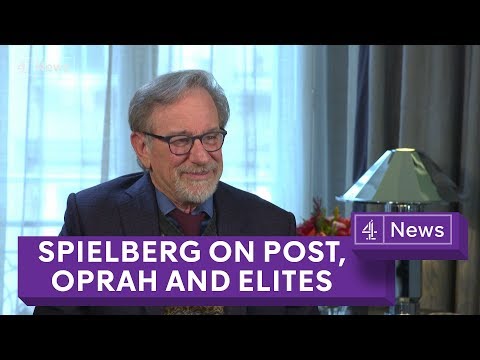 Steven Spielberg started off by directing television and theatrical shows. The first great acclamation he received was for his movie ‘Jaws’ which was released in 1975 and was very successful commercially. His next bunch of films belonged to the adventure and sci-fi genre, including ‘Jurassic Park’ and ‘Indiana Jones.’ He later made movies like ‘The Color Purple,’ ‘Saving Private Ryan,’ and the much acclaimed ‘Schindler’s List’ which was released in 1993.

As for his awards and achievements, Steven Spielberg is renowned to have won the Academy Award for Best Director two times.

Steven Spielberg Net Worth & Earnings in 2020

Steven’s movies rank among some of the highest earning films of all time making him one of the wealthiest directors in the world. As of 2020, His total estimated net worth is $4 billion. His divorce with the actress Amy Irving is considered to be one of the costliest celebrity divorces of all times. He purchased a yacht in 2013 for $182 million, which has been hailed as one of the most expensive in market history. He has also made large donations for the Democratic Party. His yearly income is approximately $150 million.

Steven Spielberg started his career directing films from a very young age, and he has, with his passion towards film making, attained success at every point in his life. He has also made himself a considerable fortune making successful and unforgettable movies. He has earned not just money but also acclaim and fame which will never die down.

To conclude, this man should not be just put down as a billionaire with bank balance as vast as the Pacific but also as a director that has made a very significant contribution to the film industry with his cinema.