Suroosh Alvi is a well-known Pakistani Canadian filmmaker and journalist. He is best known as the co-founder of Vice Media which is a youth media brand operating in more than 51 countries. He is also a travel journalist and an executive producer of movies covering culture, youth, music and news.

Alvi is married and has a young son. He happily lives with his family in New York City.

Suroosh Alvi started his career in the year 1994 when he launched “VICE” along with his business partner Shane Smith and Gavin McInnes in Montreal. Initially, they wanted to keep VICE as a punk magazine but later they expanded into a network of digital properties including VICE.com, Motherboard.tv, Noisey.com, TheCreatorsProject.com, a cable and television network, record label, and a book publishing division. 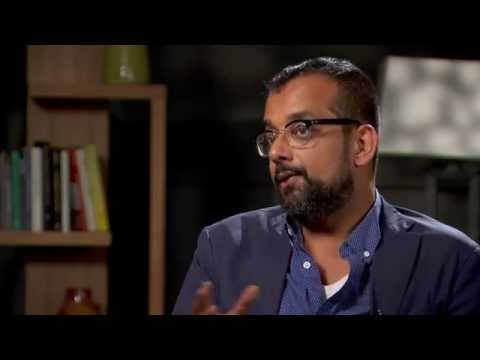 As of 2018, VICE produces and creates various original videos, covering music, news, food, fashion and travel. Alvi has also worked as a journalist for VICE on VICE news, HBO and other news channels for which he has received both Emmy and Peabody awards. In 2014, he was invited to be the guest curator for the PHI Centre in Montreal.

Alvi has covered stories all over the world, reporting from the Gun Markets of Pakistan, Democratic Republic of Afghanistan, Congo, and Gaza Strip.

He has also hosted and produced documentaries for VICE Travel series, VICE on HBO such as Heavy Metal in Baghdad (2006), North Korean Film Madness (2010), The Vice Guide to Congo (2011), Reincarnated (2012), and many more.

In 2002, Alvi founded the record label VICE Music which has partnered with more than 50 artists and has sold more than 8 million albums worldwide. Some of the clients of VICE Music included Action Bronson, Chromeo, Bloc Party, Justice, Black Lips and many more. In 2011, Vice Music recently signed a multi-year deal with Warner Bros. Records.

Suroosh Alvi Net Worth & Earnings in 2020

As of 2020, Suroosh Alvi has an estimated net worth of more than $450 million. He made most of the fortune through his successful business ventures and as a filmmaker. Alvi has co-directed and produced several commercially successful movies of VICE Film including Heavy Metal in Baghdad, The Vice Guide to Everything, Powder and Rails, Vice News: Russian Roulette — the Invasion of Ukraine, Fuck, That’s Delicious, Toxic Amazon and many more. He has also hosted several award-winning documentaries about controversial issues and movements.

Suroosh Alvi is one of the most renowned filmmakers and television personalities in the world. He is said to be a courageous filmmaker as he chose to make movies and documentaries on very volatile and sensitive issues.