Theo Epstein was born on December 29, 1973, in New York City to Jewish parents Leslie Epstein an Ilene Epstein. His father was a novelist who taught creative writing at Boston University.

Theo Epstein studied in Brookline High School from where he graduated in 1991. He thereafter moved to Yale University for further studies. He was the sports editor of the University Newspaper called Yale Daily News. Theo Epstein graduated from the University in the year 1995 with a degree in American studies.

Theo Epstein married Marie Whitney on January 12, 2007. She is the founder and creative director of ‘Two Penny Blue’. The couple has two children named Jack and Andrew. His mother Ilene had a clothing store while his sister Anya is a screenwriter and Television producer.

Theo Epstein started his career as a public relation assistant with Baltimore Orioles. After this stint, he moved to San Diego Padres as director of player development and rose gradually to become team’s director of baseball operations.

He became general manager of Red Sox team in the year 2002 and played a key role in new contract acquisitions including players Kevin Miller and Curt Schilling and his team won World Series Championship in 2004. 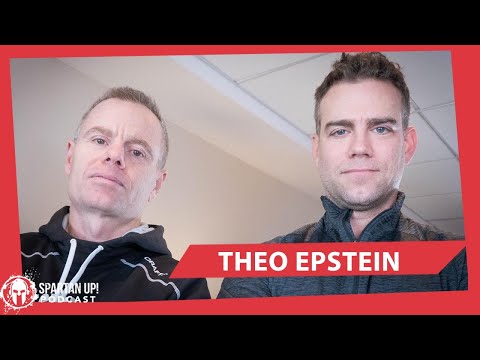 Theo Epstein resigned from Red Sox on October 31, 2005, for personal reasons. On January 12, 2006, he rejoined Red Sox as General Manager and acquired Eric Gagne, a key player of Texas Rangers.

Theo Epstein joined Chicago Cubs as a President on October 12, 2011, for a five-year contract for 18.5 million dollars. This was going to be his most productive stint when the Chicago Cubs finished 2016 season with a 103-58 record, their best since 1910 season.

The Cubs defeated San Francisco Giants in NLDS and went on to defeat Los Angeles Dodgers in the NLCS winning their first pennant since 1945 season. In 2016 Cubs won their first World Series Championships since 1908 by defeating Cleveland Indians.

Theo Epstein was ranked No. 1 in the 2017 list of World’s Greatest Leaders by Fortune Magazine.

In April 2017 Time Magazine named him one of the world’s 100 most influential people.

Theo Epstein Net Worth and earnings in 2019

As of 2020, Theo Epstein’s net worth is estimated at $30 million. His stint as General Manager of Red Sox team from 2002 to 2011 saw the team’s fortune rise dramatically and he was adequately rewarded through his rising contract fee.

His signing of the contract with Chicago Cubs in 2011 for $18.5 million and again for $50 million saw his net worth rise phenomenally.

From his college days, Theo Epstein was clear of the things that interested him and which he wanted to pursue as his career. His exceptional talent to spot potential players and his leadership qualities made him one of the greatest sports administrators of America.