Thomas Middleditch is one of Canada’s most famous actors and comedians who is also a writer and producer. He has gained most of his popularity through his recent role and performance in the comedy series “Silicon Valley”.

Thomas Steven Middleditch was born on March 10, 1982, in Nelson city in British Columbia, Canada. There’s no information about his parent’s occupations or names, but what’s known is that they are originally from the Great Britain. It isn’t confirmed how the family lived during the early life of Thomas but it seems like they lived in a fine life situation.

Thomas Middleditch was mainly grown and raised in his hometown. He studied at the University of Victoria but it’s not confirmed whether he earned a degree or certificate there. He later was accepted to enroll in George Brown College but he never really started there. He also studied at The Second City and the iO Theater, both in Chicago.

Thomas Middleditch has been into 1 marriage and he still doesn’t have any children that we are aware of and that is officially confirmed and publicly revealed. He has been married to the costume designer Mollie Gates since 2015. The couple became married after about 2 months of being engaged. Thomas probably had relationships at his young days but we do not have records of them.

Thomas Middleditch worked in various jobs before starting his professional career in acting. His first work was a TV commercial for Chicken McNuggets which McDonald’s bought and used. He started appearing as an actor in films in 2009 in the romantic comedy “The Rebound” and “Splinterheads”. He worked on voice-over for the animated series “Penn Zero: Part-Time Hero”. He gained much success for his role in the comedy series “Silicon Valley”. 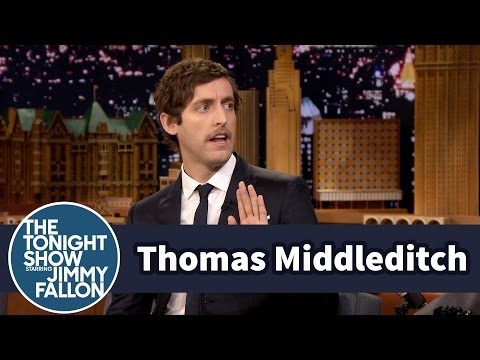 Thomas Middleditch still never won an award but he was nominated for around 10. He received nominations for a total of 4 Satellite Awards, 2 Critics’ Choice TV Award, 2 Behind the Voice Actors Awards, a Primetime Emmy Award, among others. The awards he was named for were for his roles and performances in “Silicon Valley” and “Penn Zero: Part-Time Hero” shows.

Thomas Middleditch Net Worth & Earnings in 2020

As of 2020, The Canadian actor, comedian, writer and producer Thomas Middleditch has an estimated net worth of more than $8 million. He made his millions of worth and wealth mainly through starring in films and series. Thomas Middleditch salary and earnings per any show are not revealed to the public.

Thomas Middleditch is considered as one of the century’s most successful Canadian actor. He has more than 70 credits as films and series actor including the most recent ones which are mentioned up in details. Thomas Middleditch seems happy living with his only love and wife Mollie Gates.