Todd Hoffman is a popular television star and businessman in America. He rose to fame by becoming one of the main leads on the reality show named Gold Rush which got aired on Discovery channel. He dominates the key male demographic of 21-54 and has over 170 Million viewers worldwide.

Todd Hoffman was born on April 12, 1969, in Sandy, Oregon, the United States, to his parents Jack Hoffman and Georgia Hoffman. He grew up in Oregon. He attended the Portland Christian High School located in Oregon. After the completion of his high school studies, he attended the William Jessup University which is located in California.

Hoffman got married to Shauna Hoffman who is a very beautiful lady. The couple was blessed with two children named Hudson and Hunter. Though he and his family have received fame through the show Gold Rush, Hoffman says that he constantly reminds his son the reality of fame and the real importance of life which is family and god.

Before entering into the gold industry Hoffman was in the aviation business which is based in Sandy, Oregon. But in 2008 as the entire economy had suffered from the financial crisis where his business was also a victim of it.

He then saw that the gold prices are going up and thought that it would be a great time for him to start the mining business. With the sole inspiration from his gold mining father Jack Hoffman and little cash, he took the risky stem following his father’s gold mining.

Since Hoffman was not a mining expert, he learned about mining and the business for three years. After that, he made a team of unemployed men and started their expedition for gold mining. He invested all of his money in a mining operation in Guyana in South Africa. But the trip ended very badly and it was a total failure.

Then Hoffman came up with the idea of Gold Rush in 2010. He first went to mine in Alaska looking for an adventure. To do that, he made some money and then formed a crew along with his father then set off to Porcupine Creek, Alaska. 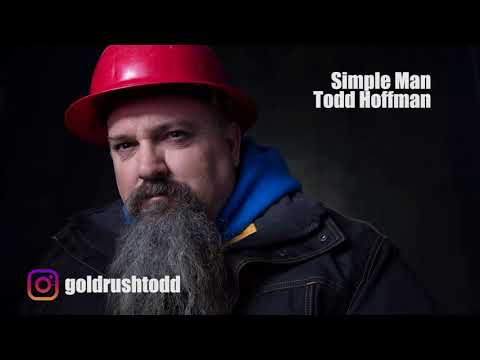 Though he had high hopes for the trip it turned out to be a disappointment as the crew came out with only 2 ounces of gold at last. But that didn’t stop Hoffman he continued the adventures. In the two seasons of Gold Rush, he along with his crew pulled in over $3 million from Klondike.

He is seen on TV all through summer for the past 8 years. Every season the team somehow managed to collect more than the previous one which helps them in growing day by day.

And now we finally get into the actual calculations of Todd Hoffman’s net worth. As of 2020, The estimated net worth of Hoffman is around $5 million dollars. He made all this fortune by becoming one of the main lead on the television series Gold Rush. He not only earns income from his TV shows also makes an income from his gold mining escapades and the production company. His salary per episode on the reality show is $10,000.

Hoffman is active on both Instagram and Twitter. He usually posts some really interesting photographs on his Instagram account. He is also a great singer and has a studio in his home in Oregon where he records covers of songs and posts them on the social media. He also owned an airport in the past however he left the business to concentrate on mining.