Travis Landon Barker is a well-known musician and producer working in the American industry for more than two decades. He is hugely popular as the drummer for the Blink-182, which is a rock band. Barker considered as the punk’s first superstar drummer by the Rolling Stone Magazine. Also, he is the founder of exciting rock brands like Box Car Racer and +44.

Travis was born on 14th November 1975 in the home of Randy and Gloria Barker as their youngest children and only boy. Barker’s father was a mechanic, whereas his mother was a babysitter. He gets his first music kit at the age of four from his mother as a gift. Barker starts learning drum lessons from the age of five. He studied at the Fontana High School where Travis describes himself as a stoner.

His mother died from Sjogren Syndrome and inspired him to work hard and become a musician. While studying in the school, he begins performing at the local competitions. Barker graduated from the High School in 1993 and worked as a trash man in his early teenage years.

Travis Barker has remained popular for his relationship and marriages along with music career. He has married twice and had a relationship with numerous women. He married his first wife Melissa Kennedy in 2001, but their relationship doesn’t go well, and they divorced in 2002. After two years, he married Miss USA 1995 Shanna Moakler in 2004, and the couple has two children together, named Alabama Luella Barker and Landon Asher Barker. However, the marriage did not last long, and the couple separated in 2008. Travis has also dated beautiful singer and actress Rita Ora in 2015.

Barker has invested a huge amount in the Vegan Restaurant Crossroads with a motive to promote veganism. Many religious tattoos in his body show how much faith he has in God.

He began his career with a temporary position in the group named Aquabats in 1994 with whom Travis worked for a full time later. He released his first album in 1997, but that was not successful. The biggest breakthrough in his career when he gets recruited in the rock group Blink-182 in 1998. 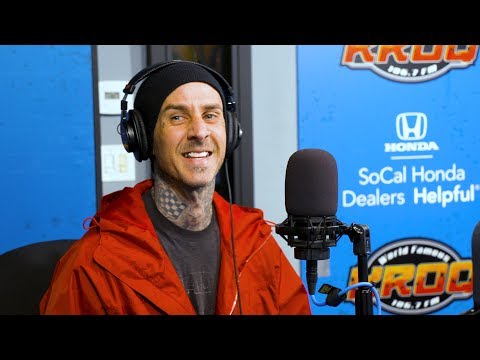 He released three singles with the group that was blockbuster. Followed that, this musical group has released many albums like Enema of the State, Take Off Your Pants and Jacket, California, Blink-182, and Neighborhoods. He has also released many hit solo singles like “I Miss You” and “Feeling This” that become very popular on the chartbusters.

Also, he has worked with many other popular bands, such as Transplants, TRV$DHAM. Also, Travis is the founder of bands like +44. He is the winner of MTV TRL Award with the group Blink-182 in 2003. Additionally, he nominated in many other award events like Teen Choice Awards and Black Reel Awards.

Travis Barker Net Worth & Earnings in 2020

As of 2020, The net worth of Travis Barker is $50 million. This tremendous drummer has worked with many brands and headlined tours all over the world. Also, he is the owner of some music brands that allow him to earn a handsome amount of money. Also, he has appeared in many movies like Meet the Barkers, MTV Cribs, and The Eric Andre Show that play a great role in increasing his net worth.

Travis Barker is once in a lifetime artist who is known for his amazing drumming style. He has a great variety of projects in-line, and we wish him success for them.