How many of you have not heard about Travis Scott? I am assuming none since he is one of the budding rappers of our times. And not just that, this American singer is also a songwriter and a record producer. He is often talked about in the media along with his girlfriend, Kylie Jenner. However, a fact that is often ignored is that this man made himself a name and a fortune at a very young age. His single ‘Antidote’ was a big hit and reached the top 20 of the US Billboard, surprising all.

Want to know more about this young rapper? Curious what his journey has been like?

Travis Scott was born Jacques Berman Webster II on 30th April 1992 in Texas, Houston. He spent his childhood in Missouri City in a middle-class locality where he lived with his grandmother. Later on, he moved to a more suburban area where his father owned a business. Travis went to Elkins High School from which he graduated when he was seventeen. He got into the University of Texas but dropped out to follow his career in music. His parents were not very happy with this decision and stopped giving him monetary aid. He moved to New York to devote himself to music entirely.

Travis Scott is in a relationship with the television celebrity Kylie Jenner (and who doesn’t know her?) since April of 2017. In February of this year, Kylie Jenner gave birth to their daughter who they have named Stormi Webster. 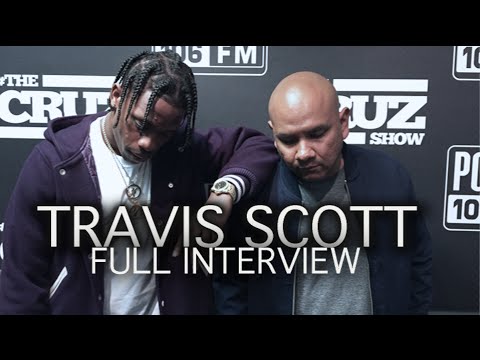 Travis in the short time that he has been in the music industry has seen a lot. He started off at the mere age of sixteen as a record producer. The first solo song that he was supposed to release was ‘Owl Pharaoh.’ It was supposed to get released in 2012, but it kept getting delayed due to several reasons. His next mixtape was called ‘Days Before Rodeo.’ His single ‘Antidote’ hit the US Billboard Hot 100 chart, being number 16 in 2015. His album ‘Birds in the Trap Sing McKnight’ became number one on the US Billboard 200. His latest project is called ‘Huncho Jack, Jack Huncho.’

Travis won the Teen Choice Award in 2017 for ‘Know No Better.’ He also won the People’s Champ Award of the BET Hip Hop Awards in 2016 for his hit single, ‘Antidote.’

Travis Scott Net Worth & Earnings in 2020

As of 2020, Travis Scott’s total estimated net worth is $20 million. He has earned this fortune entirely on his own, leaving everything behind to pursue his music career. He had dropped out of school to give music total attention and established himself as a rapper. His yearly income is about $1 million. He owns three luxury cars, and he also gifted his parents a new house for Christmas in 2016! His income is often compared to his girlfriend’s income which is $50 million.

Travis Scott started off as a dropout with empty pockets who found himself in New York. His parents, not happy with this decision, stopped giving him monetary aid. Against all these odds, Travis made a name for himself in Hollywood with his works like ‘Antidote’ coming out as big hits. He earned success at a very young age and bought his parents a house. He was quoted saying that he had always wanted to do it. He not only got himself a considerable fortune but also established himself as a new generation rapper with very high prospects of future growth.