A voice can change the world! Great are those people who give their voice for animated films and even the informational videos that we see on television. We see many animated films and how the voice perfectly blends with the characters. It is the most difficult job in the world!

Making the correct sounds and giving voice just by watching the animated character is not an easy task! You need to be creative and expressive both at the same time! When we talk about voice actors, we think of Trey Parker. He is a famous animator, screen and voice actor, singer-songwriter and producer.

So many jobs but he does every role efficiently! Here is a post which talks about early life, career, awards, achievements. But do you know how much is Trey Parker’s net worth in 2020 and how old is he? If you do not know, we have prepared the following article in which you can find everything that interests you about Trey Parker’s life and career. We have prepared this article for you not only about details of Trey Parker’s career, professional life and personal life, but also about his net worth, age, height, weight and more facts. Well, if you’re ready, let’s start.

Trey Parker was born in the year 1969 on October 19th. He hails from a place called Conifer in Colorado, United States. He was born as Randolph Severn Parker III. Do you know that Trey Parker has other names as well?

He is also known as Cowboy Timmy and Juan Schwartz. Trey Parker comes from an educated family where his mother was an insurance woman and father was a geologist. As a kid, Trey was a shy boy and he did not receive extraordinary grades.

As a young boy, he used to make short films with his friends. At the age of 17, Trey became interest in music but he would write comedy songs. In fact, Trey recorded a full length comedy album called Immature: A Collection of Love Ballads for the 80’s man. Trey Parker attended the University of Colorado where he met his future co-writer and best friend Matt Stone!

As for Trey Parker’s love life, he has been married twice and currently he is with Boogie Tillmon.

Trey Parker is a successful man and he and his friend Matt Stone directed a short film called Jesus Vs Frosty. Right after they created Jesus Vs Santa. These two shorts got circulated and finally they got a call from Comedy Central. 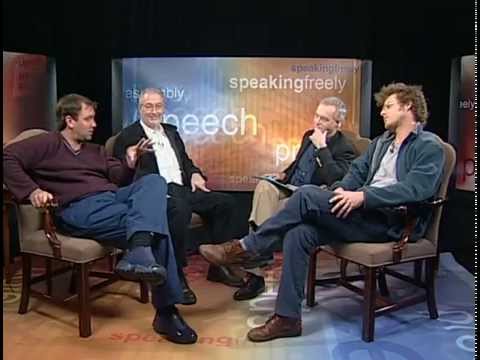 In the year 1997, Comedy Central picked them for creating a 13 episode show. So that you know, Trey and Matt are the makers of South Park which is a popular show! The show is famous even today, and the whole world loves the comedy timing!

In a nutshell, Trey Parker is an animator, voice actor, producer, writer-director and singer-songwriter. Trey co-directed and co-wrote the award-winning musical, ‘The Book of Mormon’.

Trey Parker has been the recipient of multiple awards and he has won five Primetime Emmy Awards. Trey has also won a Grammy Award and Tony Award. We can call him a genius because he has excelled in every other field. Very few people have that kind of talent and Trey Parker is one of them!

Trey Parker Net Worth & Earnings in 2020

Trey Parker is a rich man! Since he has a successful career as a voice actor, producer, animator, writer, and director, he managed to earn a fortune through all this.

As of 2020, Trey Parker has a net worth of $600 million which he has earned through his successful career. It is his sheer hard work and dedication that Trey has become a known personality and earned a lot of fame, money, and respect.

That’s Trey Parker’s words and mantra in life! In order to be successful, we can follow the same mantra and be as successful as him! He is a truly inspiring, entertaining and brilliant artist!