Trippie Redd is an American singer, rapper, and a songwriter whose real name is Michael Lamar White IV. He is one of the very few popular teenage musical artists around the world who rose to fame through his singles Love Scars, Poles1469, and Dark Knight Dummo.

Michael Lamar White IV was born on June 18, 1999, in Canton, Ohio, the United States. As his father was at the prison at the time of his birth, Michael was raised by his mother who used to listen to Beyonce, Ashanti, and Tupac which made Michael very much attracted towards music from a young age. He attended a high school in Canton and was very famous as a loner. In 2014, he recorded and released the songs Sub-Zero and New Ferrari but deleted it within some days.

Trippie Redd often posts photos with a girl on Instagram who is assumed to be his current girlfriend. Her name is Aylek$ born in New York, and she is also a year older than Trippie. In May 2018, he was arrested after he and his friends assaulted fellow rapper, FDM Grady. He was once again arrested in June for pistol-whipping a woman in Georgia.

After deciding to take up a career in music, Trippie moved to Atlanta where he met Lil Wop, a rapper. Lil helped Trippie to set up a recording studio, and the duo started to work along with Kodie Shane on three projects Awakening My Inner Beast, Beast Mode, and Rock the World Trippie. 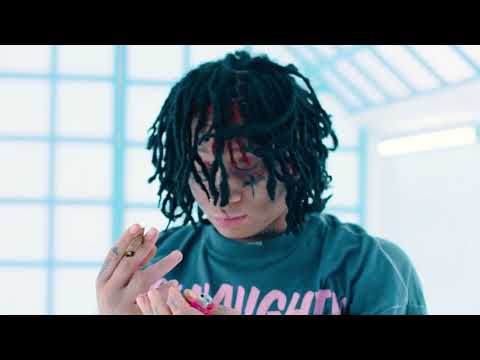 He signed with the record label Strainge Entertainment and released his debut mixtape in 2017 titled A Love Letter to You. The tape’s lead single Love Scars achieved more than 8 million views on YouTube and 13 million plays on SoundCloud. Trippie’s second mixtape A Love Letter to You II was released in October 2017 followed by an EP titled Angels & Demons collaborating with Lil Wop.

In December 2015, he released the song Dark Knight Dummo ft Travis Scott followed by the song TR666 ft Swae Lee. In June he announced that his debut album titled Life’s a Trip will have 26 tracks and will be released on August 10, 2018. So far he has collaborated with artists XXXTentacion, 6ix9ine, Travis Scott, Rich Brian, Joji, Baauer, and Kris Wu.

Trippie Redd Net Worth & Earnings in 2020

Trippie is just 19 right now and still has a long way to go in his career. We wish him with all the luck for the release of his debut album and hope that it will lift him to greater heights.