Troy Polamalu is a former football strong safety of Samoan descent. Polamalu played for more than twelve years for Pittsburgh Steelers in the NFL. He started to form the college football for the University of Southern California and achieved almost all the honors. For the 2003 NFL Draft, he got selected by Steelers and played several years with them. He also named as the NFL Defensive Player of the Year in 2010. Then he got Pro Bowler title eight times and All-Pro Selection six times.

Troy Aumua Polamalu was born on April 19, 1981, in Garden Grove, California. He received the graduation degree from Douglas High School located in Winston, Oregon and named in the Super Prep All-Northwest team. In the game, he rushed for 671 yards and made nine touchdowns with three interceptions.

Troy married to Theodora Holmes and living since 2005. They are living happily since their marriage and not involved in any dispute with their relationship till now.

Polamalu played for the University of Southern California for more than three years. He played for the college as a freshman with the position of linebacker. At the starting of his eight games, he made records of 2 sacks, two forced fumbles, and 12 tackles. 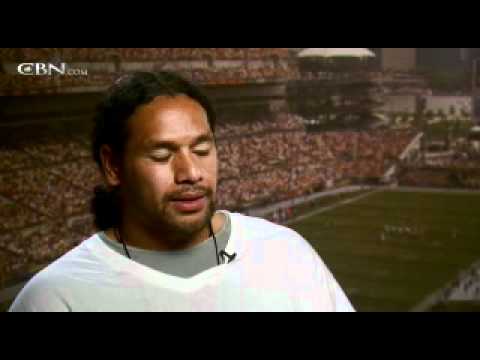 In 2001, Tory began his junior season and served as the captain of the team but faced loss against San Jose State. He recorded 13 tackles, one forced fumble in the opposite play of Kansas State. After entering to the senior season, he opened the 2002 season with seven tackles with the victory match against Auburn. He denoted as the Defensive Player of the week for his performance. While playing the fifth game, he got an injury in his ankle in the first series playing against Washington State.

After the rest, he came out with #22 Washington and record of 5 tackled with 33 yards interception. His last college game was noticed in The Orange Bowl playing against Iowa. His NFL career started in the year 2003 and got an injury in the year which leads him to left game of 2003 NFL Combine and Senior Bowl.

For his successful career, he has featured in the Children’s book National Football League Megastars along with 14 other stars. He also hired to make the commercial remake of Mean Joe Greene Coco-Cola. Moreover, he also listed on the cover of Madden NFL 10 with Larry Fitzgerald.

Troy Polamalu Net Worth & Earnings in 2020

As of 2020, Troy Polamalu has an estimated net worth of about $35 million. He received most of his earnings from his football career started in his school time. His appearance in different leagues helped him to increase his assets and also rose after playing for the senior leagues. Tory is living a luxury life after facing the struggle to be the best player in his career.

Polamalu started from the small series for college and noticed with his outstanding performances. He served as the caption in his Junior and senior College leagues and noticed every time expecting better results from him. He soon played in NFL and became one of the best players of NFL leagues.