Tyson Fury is a professional boxer from England who has won the WBA(Super), IBO, IBF, WBO and the Ring’s magazine heavyweight titles.

But do you know how much is Tyson Fury’s net worth in 2020 and how old is he? If you do not know, we have prepared the following article in which you can find everything that interests you about Tyson Fury’s life and career. We have prepared this article for you not only about details of Tyson Fury’s career, professional life and personal life, but also about his net worth, age, height, weight and more facts. Well, if you’re ready, let’s start.

Tyson Fury was born on 12 August 1988 in Wythenshawe, Manchester, England. His father, John Fury named him Tyson because he was a huge fan of then-world heavyweight champion Mike Tyson. His family belongs to the Irish Traveller heritage and has a long history in boxing. His father started boxing as a bare-knuckle fighter in the 1980s and then as a professional boxer.

Tyson Fury married his wife Paris in the year 2009. Fury is a practicing Catholic. In 2015, he was keen to run as a candidate of the UK Member of Parliament.

Tyson Fury started his career as an amateur boxer representing both Ireland and England at international level. In his initial days, he fought for the Holy Family Boxing Club which was located in Belfast, Northern Ireland. Later, he moved to the Smithboro Club within the Republic of Ireland. 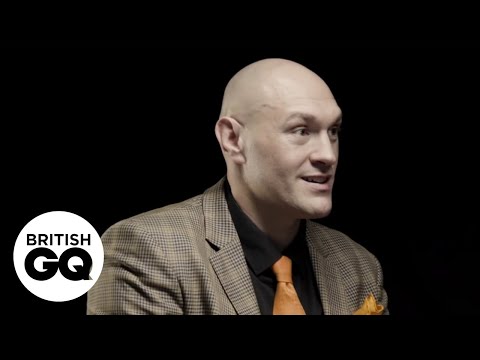 At the AIBA Youth World Boxing Championships, he won a bronze medal in the year 2006.

Fury made his professional debut when he was just 20 years of old on 6 December 2008 in U.K against Hungarian fighter Bela Gyongyosi on the undercard of Carl Froch vs. Jean Pascal.

Over the next seven months, he fought with six boxers and defeated all of them via knockout within just four rounds.

In 2009, he won the English heavyweight title after defeating John McDermott via a controversial points decision given by the referee after the 10th round.

Fury scored two more victories against Hans-Joerg Blasko and Tomas Mrazek before facing McDermott again in a rematch in the year 2010. This time he defeated him in the 9th round via TKO and picked up the English heavyweight title which was vacated before.

He won the Upset of the Year and Fighter of the Year award for his win against Wladimir Klitschko for the world champion.

As of 2020, He has an estimated net worth of $25 Million. This huge net worth is the result of his successful boxing career. He has fought 26 matches in his career and has won all of them out of which 19 of them was via KO. He became the world heavyweight champion after defeating Wladimir Klitschko in the year 2015. His victories against major boxers have resulted in the increase of his net worth.

Tyson Fury is considered as one of the most renowned boxers in the world. He was able to excel in his career through constant perseverance and dedication which is an inspiration to the upcoming amateur boxers.