Versace or Gianni Versace S.p.A. is a luxury fashion company of Italy which was founded by Gianni Versace in the year 1978. The company produces several luxury lines including the main collection “Versace” consisting of ready-to-wear and leather accessories. The other diffusion lines consist of Versace Jeans, Versus Versace and Versace Collection.

Gianni Versace who is the founder of the company designed his first collection in the year 1972 for Genny, Compliance, and Callaghan. Later in 1878, he launched his own company under the name “Gianni Versace Donna”. In the same year, he opened the first ever boutique of the company in Via Della Spiga, Milan. He was among the very few independent designers who looked after on each and every department of the company from designing, branding and retailing.

In 1982, Versace decided to expand the company into the jewellery, china industries, accessories and home furnishing. He created two new lines “Young Versace” and “Versus.” in the year 1993. The brand gained widespread international coverage in the year 1994 when Elizabeth Hurley wore the Versace’s black dress.

Versace was popularly known as the “Rock n’ Roll designer company” because they designed clothes for many popular celebrities including Michael Jackson and Elton John. They designed all the stage costumes as well as the album cover costumes for singer Elton John in the year 1992. Versace have also designed clothes for Princess Caroline of Monaco and Princess of Wales. They use the same models in their advertisements and commercials as they do on the runway. 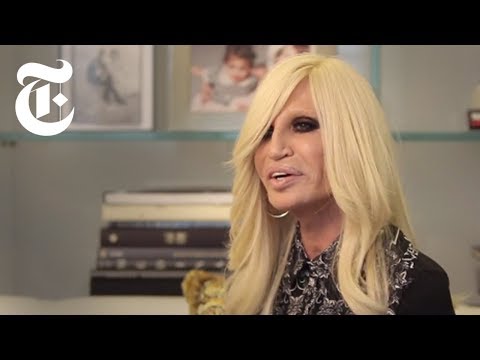 The founder of the company Gianni Versace was murdered in the year 1997 which led to his older brother Santo Versace taking charge of the company while his sister Donatella Versace took over as creative director.

In 2000, actress Jenifer Lopez wore the “green Versace dress” at the Grammy Awards which gained a lot of media attention and was named the “fifth most iconic dress of all time”.

In 2006, the company partnered with Lamborghini to produce the “Lamborghini Murciélago LP640 Versace”. Two years later they teamed up with AgustaWestland to produce luxury helicopters which consist of Versace leather interior and design outside. In 2011, along with H&M, they created a new line of clothing for both men and women. Versace also collaborated with Lil Buck to release a new line of shoes. In 2015, the current vice president of the Versace group, Donatella Versace featured in the Givenchy campaign of Riccardo Tisci.

As of 2020, Versace has an estimated net worth of more than $6 billion. In 2015, the company collaborated with the firm Mind Group in China to create luxury residence towers known as the “Versace Residencies.” In the same year, they partnered with the ABIL Group in India to design another residential project in Mumbai. Along with the Sunland Group, they opened their first luxury hotel, the “Palazzo Versace” in Australia in the year 2000. The construction of the second hotel, the “Palazzo Versace Dubai” was completed in the year 2015.

Versace is one of the top luxury fashion companies in the world who is known for its innovative designs. As of 2018, they have more than 2000 boutiques operating worldwide.