Wolf Blitzer is an American Journalist who is known as the lead political anchor of the news channel CNN. Wolf hosts the program The Situation Room with Wolf Blitzer on the channel since 2005 and has been associated with CNN since 1990. He is one of the prominent journalist and news channel anchor in America who has also appeared in some films as himself.

There is also an instance in the Ben 10 series where a character changes his name from Benwolf to Blitzwolfer after seeing Blitzer on the TV. But do you know how much is Wolf Blitzer’s net worth in 2020 and how old is he? If you do not know, we have prepared the following article in which you can find everything that interests you about Wolf Blitzer’s life and career. We have prepared this article for you not only about details of Wolf Blitzer’s career, professional life and personal life, but also about his net worth, age, height, weight and more facts. Well, if you’re ready, let’s start.

Wolf Isaac Blitzer was born on March 22nd in the year 1948, in Augsburg, Germany to David Blitzer and Cesia Blitzer. His father was a builder, and his parents were Jewish refugees from Poland who later moved to the United States. Wolf completed his high school at the Kenmore West Senior High School and studied B.A History from the State University of New York at Buffalo. Blitzer then earned a masters degree in International Relations in 1972 from the John Hopkins School of Advanced International Studies.

The personal life of Wolf Blitzer is quite a short and sweet one without any controversies. He is married to Lynn Greenfield, and the couple has a daughter Ilana Blitzer Gendelman. Blitzer and his wife Lynn reside in Bethesda, Maryland.

During the early 1970s, Blitzer joined the Reuters news agency in which he worked for the Tel Aviv bureau. In 1973, Blitzer was hired by the Jerusalem Post for whom he worked for 17 years until 1990. Blitzer was fluent in Hebrew which made him write for Hebrew newspapers such as Al HaMishmar and Yedioth Ahronoth under the name Ze’ev Barak which translates in English to Wolf Lightning. He released his first book Between Washington and Jerusalem: A Reporter’s Notebook in 1985. 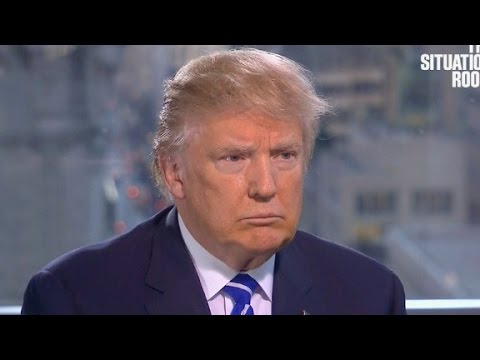 Blitzer was the first journalist to interview Jonathan Pollard, and he even published a book on his case entitled Territory of Lies. Blitzer moved to CNN in May 1990 and started his career there as a military affairs reporter. He became the channel’s White House Correspondent in 1992 and enjoyed the post till 1999.

He started to host the Late Night Edition with Wolf Blitzer from 1998 and became the anchor of the show The World Today in 1999. From 2000 to 2005 he anchored the show Wolf Blitzer Reports and had become the US presidential Elections coverage program anchor in 2004. He started hosting The Situation Room from 2005 and Wolf from 2013.

He has won the CableACE Award for his coverage of the Gulf War in Kuwait and an Emmy Award for covering the 1995 Oklahoma City bombing. He was awarded the honorary Doctorate in 1999 by the University of Buffalo and has also won the Golden Ace Award, Edward R. Murrow Award, and the George Foster Peabody Award.

Wolf Blitzer Net Worth & Earnings in 2020

The old and wise journalist has enjoyed quite a successful career so far as a writer, host and a coverage journalist. His annual salary in 2010 is said to be $3 million, and certain unconfirmed sources reveal that his current salary is $5 million. The house he resides at Maryland is supposed to be more than $3 million worth and his net worth As of 2020, is $20 million.

Wolf Blitzer has proved himself as an expert journalist over the years through his unadulterated work. His references in films like Skyfall, Batman v Superman: Dawn of Justice, and Mission Impossible: Fall Out clearly proves his dominance in the American journalism.